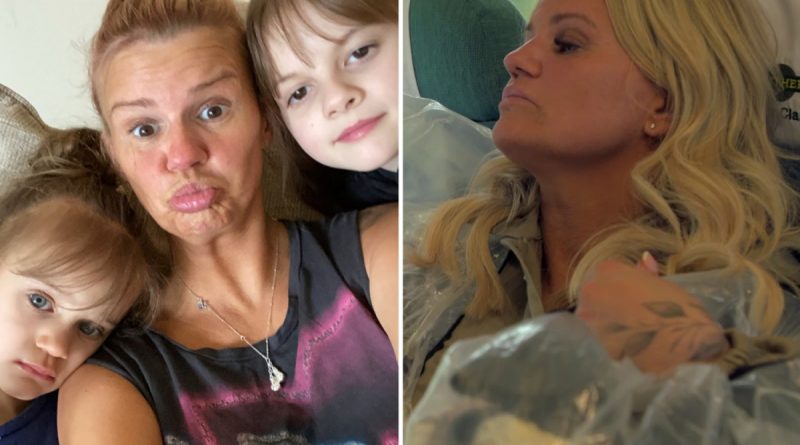 
KERRY Katona has hit back after she was criticised for feeding her children takeaways for six months.

The 41-year-old star was accused of “child abuse” after telling The Sun she hadn’t cooked a meal for half a year.

Speaking about the remarks, made ahead of the airing of her show Celebrity Trash Monsters, the mum-of-five said her children were “privileged” to get takeaway treats.

Writing in her New column she said: “I did an interview to promote the show and admitted I was embarassed about how many takeaways I’d been feeding the kids.

“I got a bit of backlash! Someone told me it’s child abuse and said I neglect my kids.

“Get a grip, sweetheart. My kids ordering sushi is not child abuse. It’s not like they’re eating scraps out of the bin.

“They’re privileged to be having takeaways.”

Kerry is mum to Molly, 19, and Lilly, 18, from her marriage to Brian McFadden and Heidi, 14, and Maxwell, 13, from her second marriage to Mark Croft.

She also has Dylan-Jorge, seven, from her relationship with late husband George Kay.

Speaking to The Sun earlier this month Kerry said the was “ashamed” saying: “I was mortified. I was embarrassed, not only as a human, but as a mum.

“I felt ashamed, like my kids were all on takeaways, it feels wrong but they’re alive. I kept them all alive.

“It’s not like they’re eating scraps out of the skip, you know what I mean?

“They’re having pizzas. Do you know how much takeaway pizza bleeding costs? But you get mum shamed, don’t you.

“You know, if you don’t cook a five-course meal for your children or you don’t bake…I don’t do any of that.”

Devastated Kerry Katona reveals her kids have been ‘hit, abused and trolled’ over their famous mum