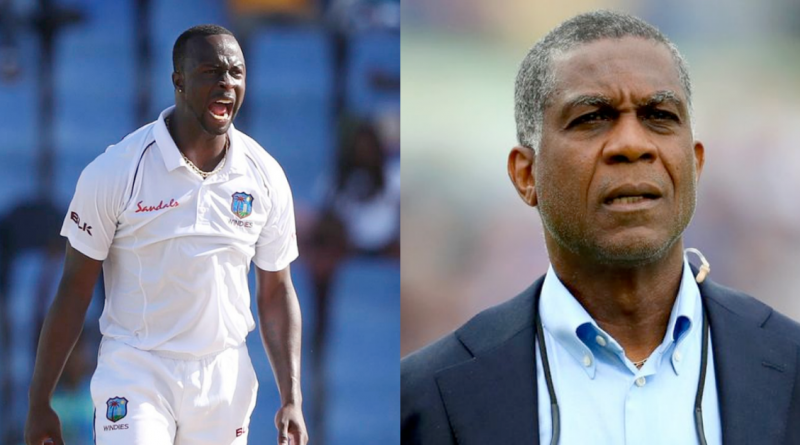 Following Roach’s outstanding second innings performance, the West Indies are on the verge of a Test victory with the first of a two-match series against Bangladesh at home.

Roach, who sparked Bangladesh’s downfall in the first innings by taking two wickets in his first two overs, struck again, this time with five wickets as they were knocked out for just 245 runs.
Roach took a little to get into his stride in the second innings when Alzarri Joseph and Kyle Mayers were controlling the roost, but once he did, the experienced Jamaican speedster only needed one wicket to get into his stride, and he has been all over the Bangladeshi batting line-up like a rash.

Roach sucked the life out of Bangladesh’s batting after dismissing Liton Das. Shakib Al Hasan, the captain, and Nurul Hasan, the wicketkeeper, both reached their fifties and put up a valiant comeback. However, it was Roach’s day, as in his second spell, he claimed three quick wickets to dismiss the tourists and record his 10th five-wicket performance in the game’s longest format.

Kemar Roach is joint-sixth on the list of most wickets for West Indies:

Bangladesh was unable to extend their lead to 100 in the second innings due to Roach’s outstanding performance, and the hosts were set an 84-run goal to win the first Test. West Indies should favour themselves to chase down 35 more runs even if they were three down for 49 by stumps on Day 3.

Also Read: IND vs SA: Dinesh Karthik Is Someone Who Can Help India Chase 200 In Australia – Ashish Nehra