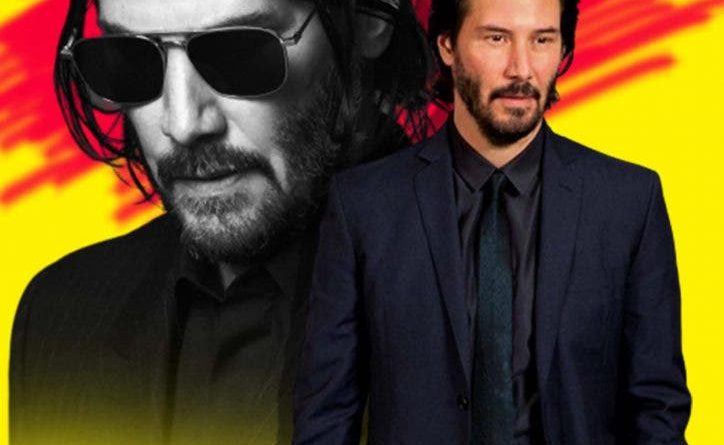 
Keanu Reeves claimed that he’s only ever approached two people for autographs, and one of them responded in a very rude, very humorous manner.

Reeves is a Canadian native. Due to his demeanour and passion, he has built a reputation as a big movie star since his debut. Reeves recently starred in ‘The Matrix Resurrections’, the fourth episode of ‘The Matrix trilogy’, and will return to the John Wick franchise with ‘John Wick: Chapter 4’ next year. Throughout his career, the actor has worked with a wide range of well-known performers in a variety of genres, including action, comedy, horror, drama, science fiction, and more.

Keanu Reeves has only requested autographs from two celebrities.

In a recent appearance on Stephen Colbert’s Late Show, Reeves partook in the host’s signature “Colbert Questionert”, in which he got bombarded with a series of questions in rapid succession.

One of the questions posed to him was whether he had ever asked another celebrity for an autograph. Reeves claims to have, and one of them is Lou Reed of the Velvet Underground.

MORE FROM DKODING: Keanu Reeves Embarrassed Of The Ridiculous Amount Of Money He Makes

Lou Reed autographed a small piece of paper for a friend. The other autograph came from his Bill and Ted co-star and legendary comedian George Carlin, who wrote

which the actor later discovered was Carlin’s signature style.

Reeves has an eventful year ahead of him

With a busy year ahead of him, Reeves will have plenty of chances to obtain additional autographs. Reeves will also be contributing his voice to the animated picture ‘DC League of Super-Pets’, starring Dwayne Johnson, in addition to ‘John Wick: Chapter 4’.

He is also set to star alongside Leonardo DiCaprio in a Hulu production of Erik Larson’s ‘The Devil in the White City’. In addition, Reeves will star in ‘John Wick: Chapter 5’, which has already been given the green light and will begin filming this year.

Reeves has a reputation in Hollywood for being a genuinely stand-up guy, and seeing him engage on talk shows, advertising spots, events, and the red carpet seems to back up the stories. With so many celebrities remaining either over-saturated on social media or complete enigmas in their personal lives, Reeves strikes a delicate balance of revealing just enough about his personal life to allow followers to understand who he truly is while not disclosing too much about his professional life. Keanu Reeves may play a deadly assassin in ‘John Wick‘ or a spoon-bending hero in ‘The Matrix‘, but he comes across as completely genuine in real life.