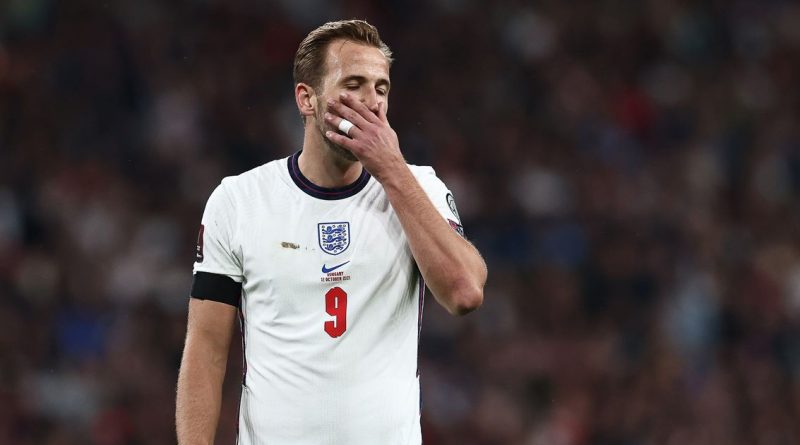 Harry Kane has attracted criticism for putting in a “sluggish” performance in England’s 1-1 draw against Hungary on Tuesday night.

Kane captained the side and led the line at Wembley, but could not prevent the hosts from dropping two points against a well-organised opposition.

Roland Sallai fired Hungary into the lead from the penalty spot after Luke Shaw was penalised for a high boot on Loic Nego inside the area.

England hit back when John Stones turned in Phil Foden’s free-kick but they could not build on the equaliser.

It did not come, prolonging Kane’s slow start to the 2021/22 campaign as he failed to score for a 16th successive England qualifier – a streak which had stretched back to September 2017.

While Kane has netted six goals for Tottenham in the Europa Conference League and Carabao Cup this season, he is yet to score in six Premier League appearances.

After the disappointment at Wembley, Kane was picked out for criticism by former Manchester United midfielder Roy Keane.

“There’s a little grumble with Harry Kane,” he explained on ITV.

“When he’s on it he’s fantastic, but when he’s off it – we’ve seen it many times before, it almost looks like he’s on his heels, can’t get up to speed with the game.

“Whatever’s going on at club level, he does need to do a bit more when he’s not at his best in terms of his general play.”

What did you make of Harry Kane’s performance against Hungary? Have your say in the comments section below.

Kane only stayed at Tottenham this summer after a dream move to Manchester City collapsed and his personal form has been a talking point so far this season.

“He’s somebody who’s not quite at it, he’s a player that starts the season slow,” he said.

“He needs to get up to speed with his sharpish. He looks a bit sluggish; offsides he could’ve avoided if he was a bit sharper upstairs but Harry Kane will be fine, he just needs to get himself going.”

England boss Southgate refused to be drawn into criticising Kane and Sterling, who was similarly wasteful and has scored just once in 10 appearances for Man City this season.

“I don’t think we should look at individuals,” he replied when asked about the misfiring duo’s performances.

“Collectively we didn’t perform to the levels we needed to and when you have that sort of situation then it’s difficult for individuals as well.”