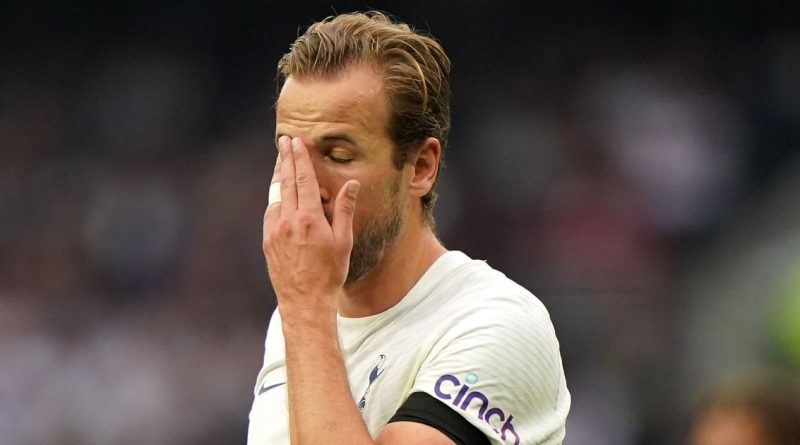 
Harry Kane is not the kind of player to down tools after missing out on a move to Man City, and could prove it when Tottenham face Arsenal in Sunday’s North London derby

I’ve heard all the snide comments and poisonous accusations, but I’d be amazed if Harry Kane is tossing it off at Spurs.

Yeah, no doubt, he’s had a bad start to the season. And yes, Tottenham’s last two Premier League performances have been disastrous. But it’s just lazy to suggest the reason for that is he doesn’t want to play any more.

It’s easy isn’t it, almost an easy way out for people to explain away problems. But one thing I’ve always seen in Harry Kane is the dedication – the obsession even – of a truly professional, committed footballer.

No doubt he wanted to go to City in the summer. No doubt he’d have been angry and upset when it didn’t come off – not least because he’d have felt he was lied to, duped if you like, over an agreement he thought he had.

That can affect you, sure. But as a striker myself, I know his first priority is to do well and score goals. And it doesn’t matter if you’re unhappy, you still go out and do your job.

Of course there have been players who have chucked it off, downed tools. I remember Jamie Carragher said as much – very publicly – about Fernando Torres when he was sulking for a move to Chelsea.

Not Kane. Not for me. I’ve been there myself when you’re so unhappy and disillusioned. There was a time at Liverpool when I was so frustrated and angry at not playing under Gerard Houllier. In the end, I left because of it.

But I can say hand on heart I never once downed tools. It never affected my performance. I was always desperate to get out there and score goals for the team. I don’t think you can get to the top of the game like Harry has, without that.

That didn’t mean I always played well. I had a few stinkers in that period, though I always thought my record said I deserved to play. Maybe that’s just what Kane is going through.

He came back late from his summer break, and there was a lot of confusion around his situation. He didn’t start the season, and he has maybe been a bit slow getting up to speed.

I honestly think though, that once the window closed and he knew the move to Manchester was off (for the time being at least!), then he’d have parked the resentment and the feeling of being double-crossed.

I actually think the focus on Kane is hiding another truth at Spurs. Maybe they’re simply not as good as they think. Maybe the last two results are their level.

I reckon I had that at Liverpool. We were close to the business end of the Premier League for a long time, trying to win stuff… but you don’t have a divine right to win.

Has Harry Kane been affected by Man City’s failed pursuit? Have your say in the comments section

Nuno is calm, professional and has clear ideas on the game
(

It comes down to performances and results. And so maybe it’s the players thinking they’re better than they are.

I’ve heard people questioning the new manager too, saying he’s not all he’s cracked up to be, he was hyped at Wolves, and didn’t deliver.

But I like Nuno Espirito Santo as a coach. I like his approach, I like his attitude. He’s calm, he’s professional, and he has clear ideas on the game.

His team selections have been questioned, but you know what, he sees what goes on behind the training ground doors every single day.

When I was at Liverpool, we used to call some of the lads ‘training ground players’. They were brilliant in practice, but then a totally different player on the Saturday. I think Spurs have an element of that in their current squad.

Santo needs a bit of time to sort that out, to understand who the players are he can rely on, who are the ones he’s got to weed out.

But I can bet you one thing: no way will he ever think Harry Kane is one of those who’ll have to go. And I wouldn’t be surprised to see evidence of that against Arsenal this weekend.