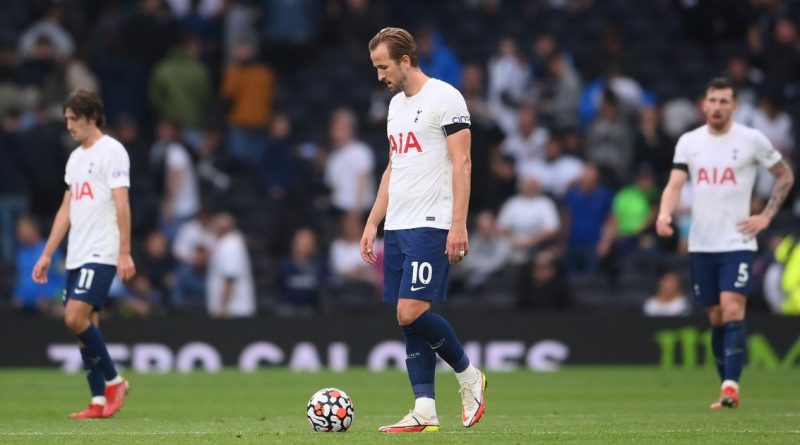 Harry Kane is stuck in a rut after being left in uncharted territory.

England captain Kane just never gets substituted. It is mid-October and he has yet to score a Premier League goal.

And most startling of all, even Kane admits he is not playing well which is something that he never normally does.

Kane’s slump was there for all to see as England were held by Hungary at Wembley and there was a genuine gasp of disbelief when his number went up as Gareth Southgate replaced him in the second half.

The Spurs striker hates missing a single minute to such an extent last season he played, started and scored in a game despite being ruled out through injury in the morning. Basically, Kane is used to having the final say about when he plays.

Managers go along with it because he always delivers and he is, after all, the current Premier League Golden Boot winner but his summer transfer saga has clearly taken its toll.

Kane looks sluggish, short on confidence and, despite scoring for England last month and also in Europe and the Carabao Cup for Tottenham, it is unthinkable for him not to have got off the mark in the league by this stage.

But one thing that Kane never does is admit it when he is not playing well as he was adamant in the Euros that, despite not scoring early on, he was feeling fine. Now, finally, Kane has admitted that he is struggling.

“Like I say performances for club and country maybe haven’t’ been there the last few weeks but there is no need to panic,” said Kane after drawing a blank against Hungary. “I am confident in myself, confident in the teams I play in and that is the way it goes.

“I am in a good place. I know there has been a lot of talk about me. At the end of the day I have still scored nine goals this season I am there and working as hard as I can for the team when the chances come I am confident I will put them away.

“It is natural that people think like that. Everyone is entitled to their opinion. At the end of the day I am my own biggest critic. I put the most pressure on myself to deliver and perform and play well. I have to keep working hard for the team.

“It was the first game in 15 World Cup qualifiers that I didn’t score. Not the end of the world. Everyone who knows me well knows I am confident every time I play and I will be ready for the next one.

“I am as clear as anything. There is a lot of noise around me. When you are a high level sportsman sometimes that is the case. It is how you deal with that, I have good people around me, good friends and family, good teammates, good coaches.

“But every time I step on the field I give 110pc for club and country.”

Of course Gareth Southgate backs him, insists he is training well and there is competition for places.

But Kane did not have a full pre-season, the summer saga took away his focus and, after pushing to move to Manchester City, he clearly wanted to leave Tottenham.

Now Kane is stuck and the worry for England is that, unless he can rediscover his form and motivation for Tottenham, then he will go into a World Cup year below his prolific best.