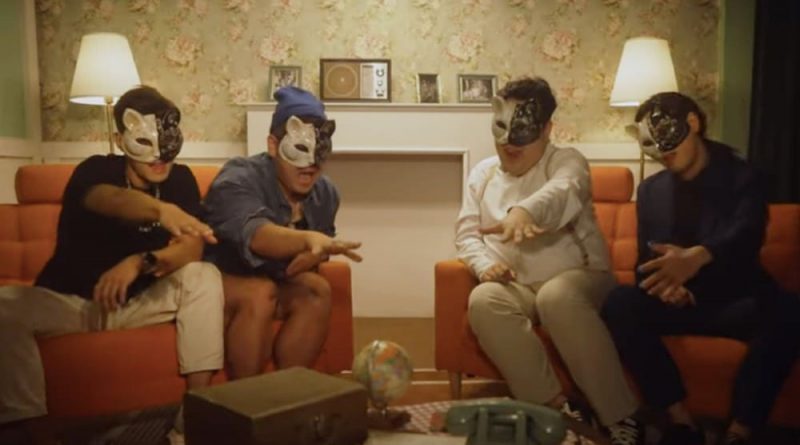 
A group claiming to be the “first openly LGBT+” K-pop boy band has launched in South Korea with their colourful debut music video.

Although LGBT+ representation is growing in South Korea, there are only a handful of high-profile artists that are openly queer, including the rapper Aquinas, trot singer Kwon Do Woon, K-pop star Holland and the trans girl group Lady.

The country still has no national discrimination protections for sexuality and gender identity and the social stigmas attached to queer identities remain strong.

A new four-member band, Lionesses, aims to challenge this by being loud and proud about their sexuality, starting with their very first track, “Show Me Your Pride”.

The upbeat song explores the struggles of being LGBT+ in South Korea and enduring homophobia, hatred and loneliness before finally finding your tribe.

The band’s leader Bae Dam-jun told TW News: “The keyword for this song is the motif of ‘we are us’. The band’s name, 라이오네시스, means ‘lioness of the savannah plains’.

“It is easy to think that the apex of the African ecosystem we have seen through the media is a male lion with a rich mane, but in the end, the ruler of the plain is actually a lioness. It’s a group of lionesses in charge of hunting the herd.”

He continued: “When each LGBT+ person fights against the world, we can be strong. Our music conveys the message: ‘When we are struggling, we will be your group. Together with the group, we can overcome.’”

The music video for “Show Me Your Pride” depicts the band’s members wearing cat-shaped masquerade masks until the end of the song, when one removes his mask to reveal his face as if stepping out of the closet for the first time.

“Let me see your pride. Because you’re the one who shines like stars,” reads the description on the video.

The song was produced with support from the South Korean activist organisation Beyond the Rainbow Foundation’s Ivan City Queer Cultural Fund, which aims to boost LGBT+ representation in South Korean culture.