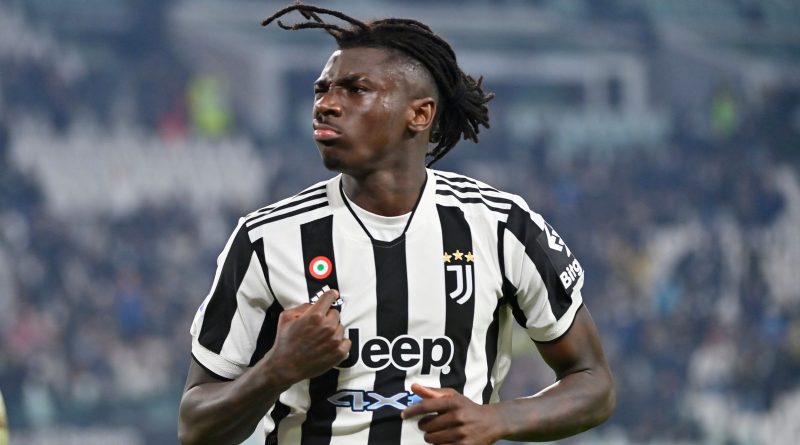 Juventus ended the year on a positive note by beating relegation-threatened Cagliari 2-0 on Tuesday to close the gap to the top four in Serie A.

Moise Kean and Federico Bernardeschi scored as Juventus moved to within four points of Atalanta, who were surprisingly held to a 0-0 draw at struggling Genoa.

Atalanta were in fourth place and the final Champions League spot. Juventus had struggled at the start of the season but things are starting to click under returning coach Massimiliano Allegri and they came into the match having won five of their past six matches, drawing the other.

They almost took an early lead but Kean headed Juan Cuadrado’s cross off the far post.

He did better five minutes from half-time when he headed in Bernardeschi’s cross following a superb run from the winger.

Bernardeschi got on the scoresheet himself seven minutes from time when he turned in a pass from Dejan Kulusevski, for his first goal since July 2020.

Atalanta tried everything but could not find a way past a resilient Genoa team and missed the chance to move into second place in Serie A.

It was one-way traffic but when Atalanta did find a way through the defence they were denied by good saves from Genoa goalkeeper Salvatore Sirigu.

Atalanta could have moved a point above Napoli and AC Milan before their games on Wednesday.

Genoa remained in the drop zone but inched to within two points of safety.

Salernitana’s match at Udinese was not officially postponed but could not take place because of a coronavirus outbreak at the visiting club.

Salernitana were blocked by local health authorities from traveling to Udine after at least two members of the team tested positive for COVID-19.

Barcelona failed to make up much ground on the top four in La Liga as they were held to a 1-1 draw at 10-man Sevilla.

Sevilla, second in La Liga behind Real Madrid, took the lead through Papu Gomez after 32 minutes following an Ivan Rakitic corner, but Barcelona levelled on the stroke of half-time thanks to a Ronald Araujo header from Ousmane Dembele’s corner.

Sevilla then had to see out the game from 64 minutes with 10 men after Jules Kounde saw red for violent conduct, after hurling the ball into the face of Jordi Alba.

But Barcelona could not capitalise, as they sit in seventh place, three points off the top four.

Elsewhere, there was a 5-2 win for Villarreal against Deportivo Alaves. Gerard Moreno and Boulaye Dia scored twice each for the home side, Yeremi Pino added another.