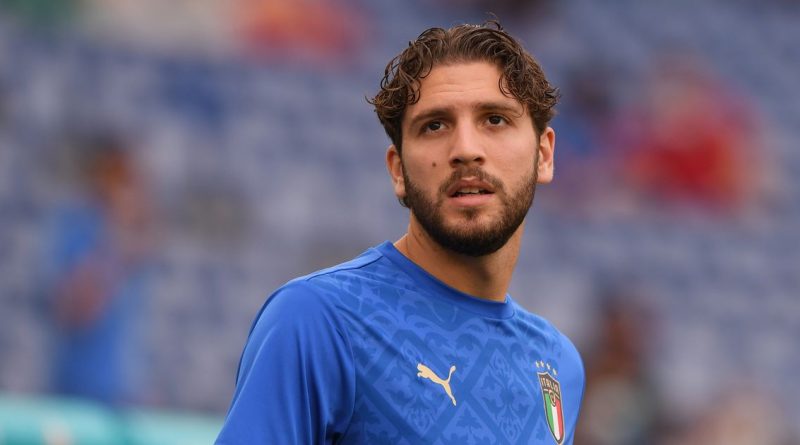 Juventus will meet Sassuolo chiefs next week as they look to thrash out a deal for Manuel Locatelli.

The Italian midfielder appeared five time for the Azzurri as they claimed Euro 2020 glory with his performances putting him very much in the shop window.

Juventus and Arsenal are among those keen on signing the 23-year-old, but his club are holding out for a hefty offer.

The Old Lady have already seen a two-year loan offer with an option to buy £26m rejected.

Juventus chief will meet with Sassuolo again on either Wednesday or Thursday in an attempt to agree on terms, with both parties keen to negotiate a deal, reports Goal.

Sassuolo will only consider a permanent deal and want at least £34m for Locatelli, who is under contract until 2023.

The Bianconeri are looking to table a cash-plus-player deal that could involve Nicolo Fagioli.

“But I can ensure you that, as of today, Fagioli has not been included in the deal.”

Arsenal are looking to bolster their midfield options after Matteo Guendouzi’s loan exit.

Granit Xhaka is also looking to leave the Emirates as he seeks a move to Roma.

It leaves Mikel Arteta wanting to bring in fresh faces, with Locatelli among those linked.

Genoa chief Giorgio Perinetti, who previously tried to sign Locatelli, claimed on Sky Italia that the midfielder has already turned down the Gunners as he targets a switch to Turin.

He said: “Locatelli has repeatedly said no to Arsenal because he wants to go to Juve. And Juve itself knows that he prefers the Bianconeri.

Juventus have welcomed Max Allegri back to the Allianz Stadium for a second spell in charge. The Italian tactician left in 2019 and has been without a job since.

He takes over a team who surrendered their Serie A title to Inter Milan and have struggled since his departure.

Ironing out the future of Cristiano Ronaldo remains a priority with the forward’s contract winding down amid reported interest from several suitors.