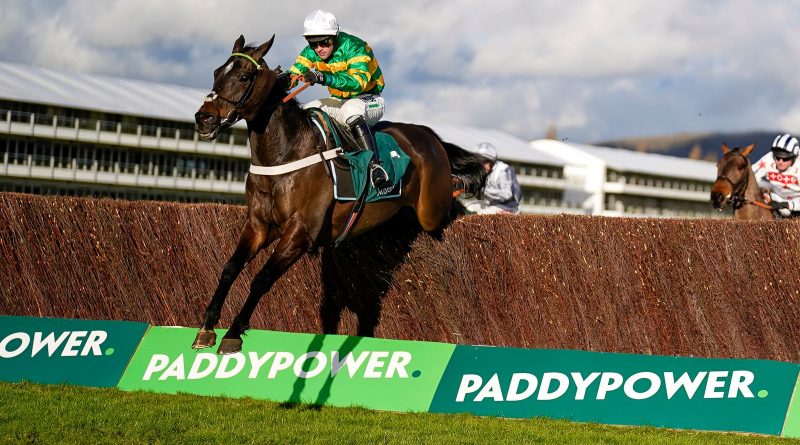 Chantry House was a workmanlike winner of the Grade Two Paddy Power Cotswold Chase, eventually wearing down his rivals after a scruffy round of jumping.

Nicky Henderson’s charge was sent off the 5/6 market leader despite pulling up in the King George VI Chase at Kempton when last seen on Boxing Day, and made his supporters sweat for their money after never travelling with a great deal of fluency throughout the three mile, one furlong event.

Having sat behind leaders Santini and Aye Right for much of the race, jockey Nico de Boinville nursed the winner into contention when it mattered most and he put in two of his more assured jumps at the final two fences.

Former stablemate Santini – now with trainer Polly Gundry – plugged on at the one pace to fill the runner-up spot under Nick Scholfield, finishing two and a half lengths in arrears, while Aye Right had looked the biggest danger to the favourite at one point but weakened on the final climb to the line.

Visually tired from his exertions post-race, Chantry House came back to the winner’s enclosure with De Boinville having dismounted, but the horse was soon reported to be “fine”.