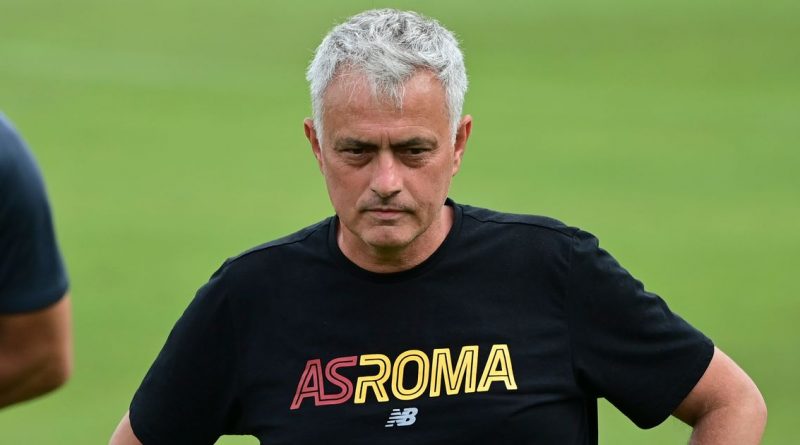 According to reports in Italy, Roma are aiming to ship a staggering 23 players off of their wage books as the Serie A outfit try to recover from the devastating financial impact of the Covid-19 pandemic.

Very few players are not available for the right price, with former captain Alessandro Florenzi proving the most difficult star to shift as Roma aim to recoup around £35m from the sales.

It is a tall task for the club’s sporting director Tiago Pinto, who as well as aiming to oversee a number of sales is also working around the clock to try and arm Jose Mourinho with as much new talent as he needs ahead of the 2021/22 campaign.

The Italian giants appear to have already missed out on their main transfer target this summer, after Granit Xhaka now looks set to stay put at Arsenal.

The Swiss international was reportedly keen on joining forces with Mourinho and to don the Roma shirt, but they failed to meet Arsenal’s valuation of £20m and as a result, not only will Xhaka remain at Arsenal this season, but is also set to be offered a contract that will run until 2025.

In terms of outgoings, the 23 players linked with an exit from the club are mostly made up of fringe-talent rarely used, starved of first team minutes.

For Pinto, the difficulty stems from trying to find buyers for players that in some cases do not even train with the first-team, others with one year left on their deal who many suitors may be willing to wait another year for – thus preventing Roma from receiving any cash for them.

Of the players that Roma could receive a fee for, the club’s hierarchy have identified nine. Javier Pastore, Steven Nzonzi, Florenzi, Federico Fazio, Pedro Rodriguez, Davide Santon, Robin Olsen, Ante Coric and William Bianda are all deemed up for sale to the highest bidder with just weeks of the window left.

The nine mentioned cost the club a combined total of €36.7m per season, an amount Roma really could utilise in better, more important areas.

The remaining 14 players consist of barely used talent, most of which are yet to make an appearance for the club.

Will Mourinho guide Roma back into the Champions League next season? Have your say here.

Alessandro Florenzi is the club’s highest earner, wants to leave but as of yet received no offers
(

While a number of them are likely to be fairly easy to part ways with, ex-skipper Alessandro Florenzi could prove to be the most challenging, given he did not travel with the rest of the squad to Portugal for their pre-season training camp.

Much to his dismay Florenzi is likely to play second-fiddle to Rick Karsdorp next season and in turn, actively wants to leave, but Roma are yet to receive a single offer for one of the side’s highest earners.