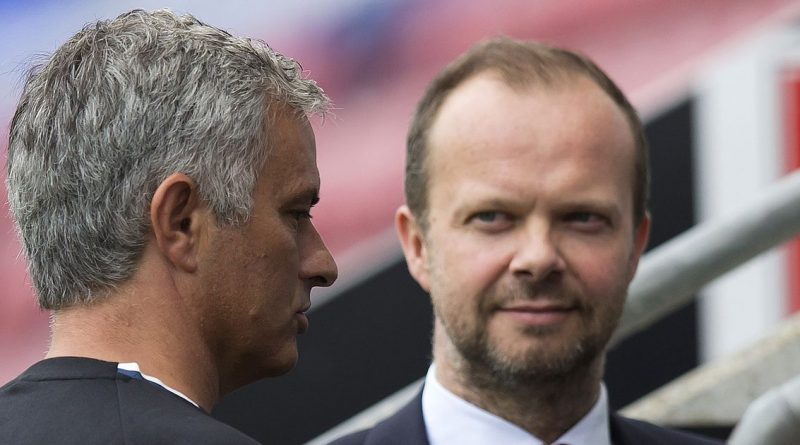 While Raphael Varane is on the cusp of completing his transfer to Manchester United, he may have been a Red Devils player for many years already if Ed Woodward had his way in 2018.

The Frenchman has been on United’s radar since he burst onto the scene with Lens a decade ago, when he caught Sir Alex Ferguson’s eye.

But he was also heavily linked with Jose Mourinho’s side in 2018 – only for the Portuguese to disagree with Woodward about the transfer.

That’s according to the Manchester Evening News , which claims United executive vice-chairman Woodward was willing to sanction a record £100million transfer for Varane during the summer window that year.

At that time, the defender’s value was at its peak after he played every minute of France’s triumphant World Cup campaign in Russia.

Mourinho spent two seasons working alongside Varane while he was in the Santiago Bernabeu hot seat and he remains a huge admirer of his former player.

But he felt Woodward’s £100million proposal would not be enough to convince Los Blancos president Florentino Perez to sell up.

As such, United did not sign a centre-back in the summer of 2018 and Mourinho was sacked in December that year after a leaky start to the season which left the club 11 points off the top four.


Things may have panned out very differently for Mourinho as Red Devils manager had he given Woodward his blessing to pursue Varane.

The former Chelsea and Inter Milan boss labelled Varane the best defender in the world while in charge at Real Madrid.

But the player himself later admitted he would not have left Real Madrid in 2018 in order to link up with Mourinho despite heaping praise on his former manager.

“It was flattering to hear of United’s interest. Mourinho is the one who made me come to Real Madrid and they are a great club,” Varane told French outlet Canal+ .

“But at the moment the club [Madrid] and I are in sync and I had no questions to ask.

“I always said that I felt good in Madrid. It is not easy to say no to Jose Mourinho, but you have to weigh the pros and cons. We are men, we have to make decisions and that’s how it is.”