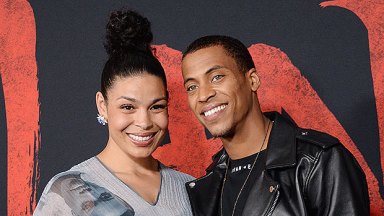 
Grammy-nominated singer Jordin Sparks, 32, shot into fame when she won American Idol in 2006. She took advantage of her newfound fame with two albums, released in 2007 and 2009. Her self-titled album included her hit singles “Tattoo” and “No Air”, the second of which featured Chris Brown and reached the No. 3 spot on the Billboard Hot 100, per All Music. She then took a hiatus from the spotlight and didn’t release music until 2015’s studio LP, Right Here Right Now.

Shortly after she released Right Here Right Now, Jordin met the love of her life: Dana Isaiah. The pair walked down the aisle in 2017 and then welcomed a son, Dana Isaiah Thomas Jr., the following year. Jordin has spent the entirety of their marriage gushing over their special bond, so who is the man who stole her heart? Read on to meet Dana Isaiah.

Dana Isaiah Is A Man Of Many Talents

Dana Isaiah, born in Chicago in 1992, is a model and entrepreneur who helps manage Jordin, according to his Instagram bio. He also has a connection to the NFT group, Baby Ape Social Club, as he has it advertised in his Instagram bio as well. The Social Club is “a limited-time collection of 5,000 Baby Ape NFTs” that “reside on Dab Island, which is in the heart of the Bermuda Triangle situated in the blockchain”, according to Flaunt.

Dana is also a writer behind the religious book A Higher Calling: Claiming God’s Best for Your Life. The 2018 book, according to its publisher, HarperCollins Publishers, “takes an honest, practical look at growing your faith” through self-empowerment practices and devotions.

“I wrote these devotions because these are issues I can personally address,” he noted to The Christian Post. “If you have someone my age who is open about their mistakes and willing to admit where they’ve messed up, others will listen. Mistakes are going to happen; they’re inevitable. But, I want young people to know that they are not defined by their mistakes, and they can start over at any point.”

Dana grew up in a religious household. While Dana was born in Chicago, he was raised in Missouri, where his parents ran a Christian camp that “specialized in sports and sharing the Gospel”, per HarperCollins. The talented model went on to play basketball at Florida’s Southeastern University, which is where HarperCollins said his affinity for writing developed.

Sam Champion’s Husband Rubem Robierb: Everything To Know About Their 10-Year Marriage

Dana Had Jordin In Love At First Sight

Jordin revealed on Today in 2020 that she did not expect to have such a deep connection with Dana when they first met remotely through mutual friends. “We just connected on a deep platonic level when we first started talking. We weren’t even interested in looking for a relationship, so we had made that clear to each other,” she recalled.

However, all that changed when Dana knocked on her door. “He came to LA and I was like, let’s meet up,” she continued. “When I opened my door, I looked at him and I went … (gasp!) … ‘Oh, no!’” She added, “I knew (love at first sight) was possible, but I didn’t think it was going to happen to me. But that was literally what it was. I knew the second day that we hung out, that that was the man I was going to spend the rest of my life with. He didn’t know that, and I didn’t tell him that, but I knew.” How sweet!

Jordin And Dana Eloped In Hawaii

Jordin and Dana eloped in Hawaii on July 16, 2017, but they did not reveal their union until November of that year. The pair were on a trip to the remote paradise with friends and decided it was the perfect chance to get married. “We hadn’t had a set plan or anything. We were like, ‘If it happens, it happens. If it doesn’t, that’s okay too,’” she told PEOPLE.

She continued on to say that she noticed paparazzi taking photos of her and Dana, which is what sparked the idea to get married. “We all get in the water and we’re having a good time,” she recalled. The multi-platinum singer said she then asked her best friend Morgan, who “had gotten ordained before the trip”, to marry them.

Dana Loves Jordan For Everything She Is

Jordin gushed about the unique love she gets from Dana while on The Real in Jan. 2022. “I married Dana for multiple reasons. Obviously, I love him so much, but he was the first man to actually see me. He saw me, for Jordan, and who I am and all the things that I love and all my quirks and all my weird things and all my spilled drinks and all the things,” the “One Step At A Time” hitmaker gushed.

Dana Is An ‘Amazing’ Father

When Jordin and Dana’s son was born in 2018, the model and manager described the emotions he felt after becoming a parent for the first time. “It was just that realizing moment, that everything you had been preparing for was here in your hands,” he recalled to PEOPLE. “Every emotion that you felt throughout the entire pregnancy from start to beginning just ‘Bam,’ and it hits you.”