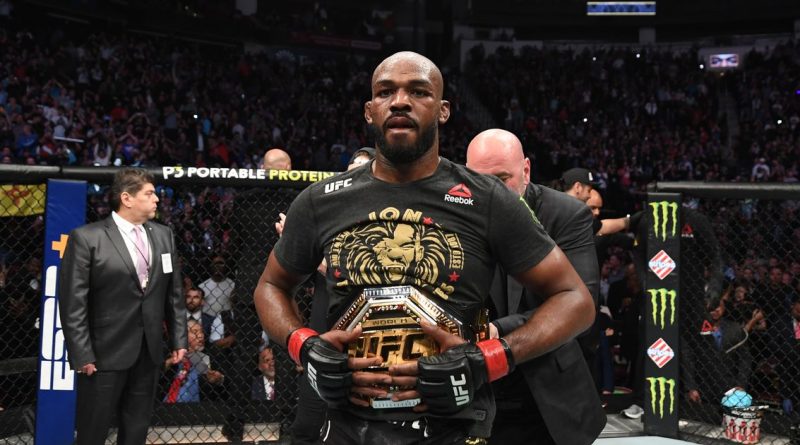 After over a year of negotiations, former UFC light heavyweight kingpin and pound-for-pound No.1 Jon Jones will likely make his highly anticipated heavyweight debut in 2022

UFC pound-for-pound No.1 Jon Jones could make his belated return to the octagon next year.

Jones hasn’t fought since winning a controversial split decision against Dominick Reyes at UFC 247 in February 2020. That fight was his last defence of his light heavyweight title before vacating it six months later.

His highly anticipated heavyweight debut has been delayed due to an ongoing pay dispute with the UFC. White claimed Jones wanted $30 million to fight Francis Ngannou, with Jones later disputing White’s comments.

It seems now White and Jones are on better terms. Talking on the ‘Full Send’ podcast, White said Jones can either fight whoever the UFC heavyweight champion is or Stipe Miocic when he returns.

“[Jon Jones is] talking about fighting at heavyweight. But, in the heavyweight division right now we are going back to Houston, Derrick Lewis is taking on Ciryl Gane and whoever wins that fight will fight Francis Ngannou,” White said.

“Whoever wins that fight, if Jon Jones wants to come back he can fight one of them. Or, he can fight Stipe Miocic. Stipe has accepted that fight and will take that fight.”

Jones has also hinted at his return on social media, tweeting: “Champion2022”.

‘Bones’ also shared a series of tweets that addressed some fights from his time in the UFC light heavyweight division.

Of his second fight with Alexander Gustafsson, Jones said: “That’s a very special fight to me as well, I feel like people try to look over that performance. Completely mall someone that was supposed to be my kryptonite,”

Perhaps the closest Jones has ever come to being defeated came against Vitor Belfort in 2012. Belfort had Jones in a tight armbar in the first round, but Jones survived to win by fourth round submission.

“That’s called refusing to lose my guy,” Jones said of that fight.

Touching on Logan Paul’s exhibition fight with Floyd Mayweather, Ngannou tweeted: “It’s crazy to think that Logan Paul (0-1) just made $20M on a boxing exhibition. WHAT ARE WE DOING WRONG?”

Jones and White’s spat last year escalated to a point where Jones even asked for his release from the UFC.

“Please just cut me already. You would rather have me around and treat me like s***. I swear the UFC industry has been nothing but depressing for me… I feel like my wings are being clipped,” Jones wrote.