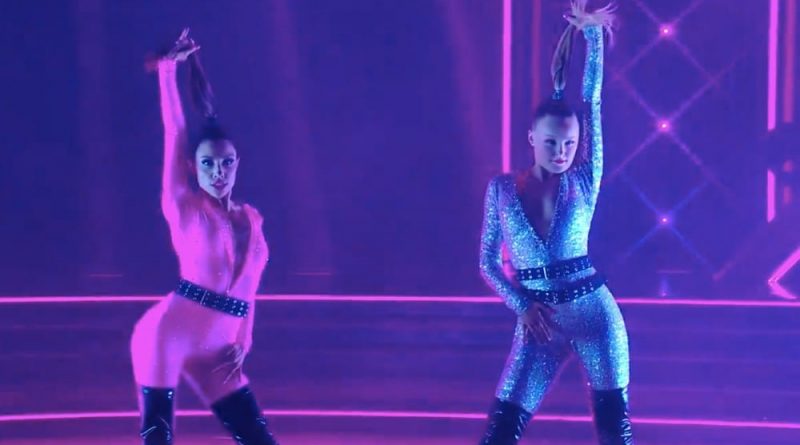 
JoJo Siwa wowed the judges once again on Dancing with the Stars with a sultry tango to Queen’s “Body Language”.

The teen superstar and her partner Jenna Johnson slipped into sparkling bodysuits and thigh-high boots for their stunning “Queen Night” performance on Monday (1 November).

The pair were perfectly in sync with their fluid routine, and their incredible tribute to Freddie Mercury earned a near-perfect score of 39 from the judges.

Derek Hough praised their dance as “avant-garde” and “experimental,” while Bruno Tonioli said the “supermodel tango” was “slinky, sexy, and cool”.

JoJo Siwa and Jenna Johnson dance the Tango to “Body Language” by Queen on Dancing with the Stars Queen Night! pic.twitter.com/WdvXCROtve

But when it came to the viewers’ votes the pair were in for a shock as their smooth moves weren’t enough to stop them landing in the bottom two.

By the end of the episode JoJo and Jenna were up for elimination along with Mike Mizanin and Witney Carson, much to the horror of fans who’d been backing them all season.

I go to bed early ONE time and @itsjojosiwa & @JennaJohnson end up in the bottom two 😩 #DWTS https://t.co/h97TBLx9IM pic.twitter.com/3YcoOaYBte

Luckily the judges unanimously chose to save JoJo Siwa, a testament to her flawless performances that have dominated the Dancing with the Stars leaderboard in recent weeks.

In last week’s Halloween special the duo amped up the horror with a terrifying Pennywise performance, complete with a severed arm spouting blood.

She blew the judges away with her emotionally-charged queer foxtrot for Grease Night which earned her a standing ovation from Len Goodman.

And when it came to Disney Heroes Night, JoJo Siwa couldn’t resist a cheeky gender-flip, donning a dapper white and gold suit as she channelled her inner Prince Charming.