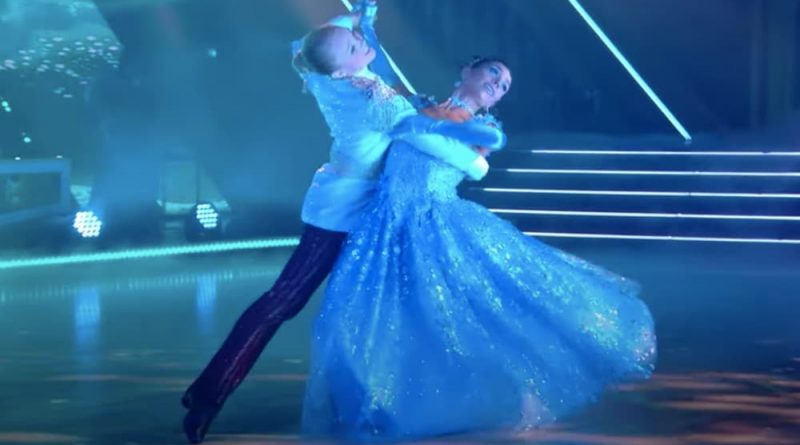 JoJo Siwa channeled her inner Prince Charming for a stunning Cinderella-inspired waltz on Dancing with the Stars.

Monday’s episode (11 October) was Disney Heroes Night on the show, and of course JoJo Siwa couldn’t resist the chance for a dramatic gender flip.

The 18-year-old Gen Z superstar has been impressing on the dancefloor all season, and as she stepped onto the dance floor with her partner Jenna Johnson it was clear this night would be no different.

Siwa was instantly recognisable as Prince Charming in a dapper white and gold suit and trousers, while Johnson went full Disney princess in a beautiful sparkling blue gown.

Together they danced the Viennese waltz to the classic Cinderella song “A Dream Is a Wish Your Heart Makes,” scoring an incredible 35 out of 40 points from the judges – one of the highest scores of the season so far.

Bruno Tonioli called the dance “a Viennese waltz for the 21st century, full of charm, grace, elegance. And always so beautifully executed.”

Head judge Len Goodman praised Siwa’s perfect moves. “It was beautifully danced. Your footwork was fantastic and I loved watching you dance,” he said.

“You just showed the whole world that girls can do anything guys can do, and sometimes maybe even better,” agreed Carrie Ann Inaba.

In previous episodes the judges had been harder on Siwa in light of her past dancing experience. But after her magical waltz Inaba said she was “so proud” of Siwa, noting how she’d toned herself down and acted as the “frame for Jenna to shine tonight”.

JoJo Siwa was gushing after the performance, admitting that while Johnson was excited to be a princess she herself was “more excited to be the prince”.

Their Disney-themed routine comes on the heels of some epic performances, including dances to Britney Spears’ “Baby One More Time,” Lady Gaga and Ariana Grande’s “Rain On Me” and Jet’s  “Are You Gonna Be My Girl?”