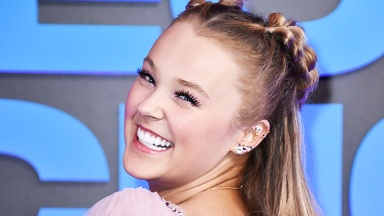 
Looks like Cupid had his sights on JoJo Siwa again! After her recent split with on-again, off-again girlfriend Kylie Prew, the social media darling confirmed she is in a new relationship… this time with another social media darling! Taking to her own TikTok on Monday (September 12), JoJo shared an adorable clip for her 43 million followers where she kissed Avery Cyrus, finally putting to rest the rumors that the two might be together.

In the clip, the “Boomerang” singer and her new girlfriend can be seen sitting at a Chuck E. Cheese photobooth in an arcade and trying out different poses for the camera. After the initial funny-faced snap, the pair share a kiss. The too cute video was sweetly titled, “Happiest Girl,” by JoJo. Aww!

The Dance Moms alum also posted a TikTok of the duo trying out dance moves (below). JoJo noted that she was “proud” of Avery for learning the choreography. “I have to share so you can see her CUTEST HAPPY FACE!!!” she added. “That SMILEEEEE.”

JoJo and Avery have been teasing their romance for quite some time now by sharing multiple videos of the pair enjoying each other’s companies. One even had them lip-syncing to throwback audio of Kourtney Kardashian and Scott Disick teasing their own “platonic” relationship while hinting at something more going on between the pair. JoJo captioned the hilarious video, “This audio was made for us…@averycyrus.”

JoJo Siwa’s Haircut: Why She Hacked Off Her Iconic Ponytail For Pixie Cut & Short Styles

While JoJo seems ecstatic to be moving on with Avery after the recent breakup with Kylie, the star insisted that everything is amicable between the former girlfriends. “It’s not deep, I promise,” she said about the split in an Instagram Live video reposted on TikTok. “Everything’s fine. Not everything has to be messy and gross because it’s not, and I just want to clear the air. We’re both safe, and happy, and healthy and that’s all that matters. And it doesn’t need to be drama because that just gives everyone unwanted anxiety, especially if they’re like me.”