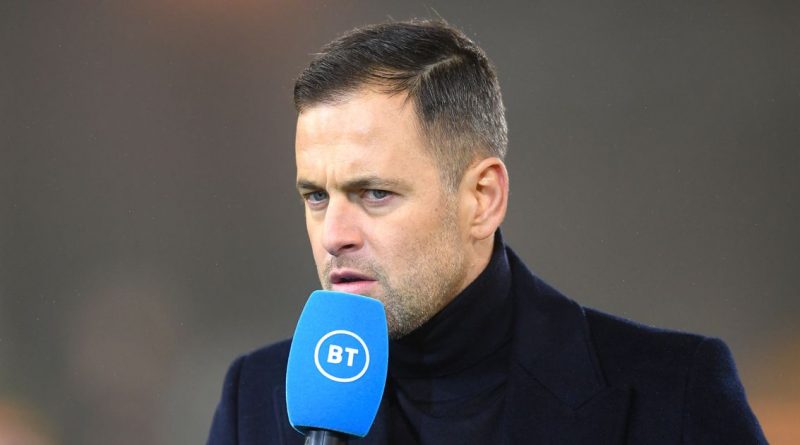 Joe Cole passed over Mohamed Salah as he tipped Romelu Lukaku and Cristiano Ronaldo to finish as the top scorers in the Premier League this season.

Liverpool forward Salah is in the form of his life with seven goals in eight top-flight games and sits joint-top of the scoring charts with Leicester City ace Jamie Vardy.

The Egyptian had a head start on Lukaku and Ronaldo as they joined Chelsea and Manchester United respectively with the season already underway.

Both strikers have catching up to do if they are to deny Salah a third Golden Boot, as they are already four goals behind on three apiece.

Nonetheless, Cole expects it will be Lukaku and Ronaldo battling it out for the accolade as the season winds down in May.

Who will win the Premier League Golden Boot this season? Have your say in the comments!

Asked whether Lukaku will outscore Ronaldo, the former Chelsea and Liverpool playmaker said: “I think it could be either of them. I think they will be the number one and number two.”

He added: “Out of them two I think it’ll be the one who doesn’t pick up an injury. I think they will consistently score goals throughout, and they’ll be neck and neck.”

As well as snubbing Salah’s chances, Cole anticipates Harry Kane will struggle to “claw himself back into the charts”.

The Tottenham Hotspur frontman is a three-time Golden Boot winner and the current holder of the award, but it took seven appearances for him to get off the mark in the Premier League this season.

Kane scored in Spurs’ 3-2 victory at Newcastle United on Sunday to end his top-flight drought on a weekend when Lukaku and Ronaldo failed to find the back of the net.

Salah, meanwhile, scored yet another brilliant goal as Liverpool ran riot at Watford with a 5-0 victory.

Give your player Liverpool ratings for the 3-2 victory at Atletico Madrid below!

The Reds remain unbeaten in the Premier League and their latest dominant performance ensures they keep pace with Chelsea at the top of the table.

Cole claims Jurgen Klopp’s side are a “force to be reckoned with” thanks to Virgil van Dijk and Joe Gomez’s returns to fitness after suffering major injuries last season.

Liverpool’s only arrival in the summer transfer window was £35million centre-back Ibrahima Konate from RB Leipzig, but Cole insists they can compete with the likes of Chelsea, United and Manchester City.

Asked whether the Reds are title contenders, the former England international replied: “Yeah, because it’s not so much who they haven’t brought in, it’s who they’ve got back.

“Having Van Dijk back, Gomez on the mend. I think that makes them a force to be reckoned with.”

Liverpool showed just why they are considered one of the best teams in Europe with a pulsating 3-2 victory at Atletico Madrid in the Champions League on Tuesday night.

Joe Cole was talking as he participated in the first episode of the second series of Hotels.com ’s Dream Island. The series will showcase Hotels.com ’s role as the Official Travel Partner of the UEFA Champions League and will see presenter Yung Filly grill UEFA legends on their fantasy get-away. Fans will enjoy hearing about where the former players’ dream holidays would be, what they never forget to take with them and who would make up their dream beach football team, as well as answering fans’ travel questions along the way. To watch Dream Island, visit Hotels.com Europe on YouTube: YouTube.com/hotelseu