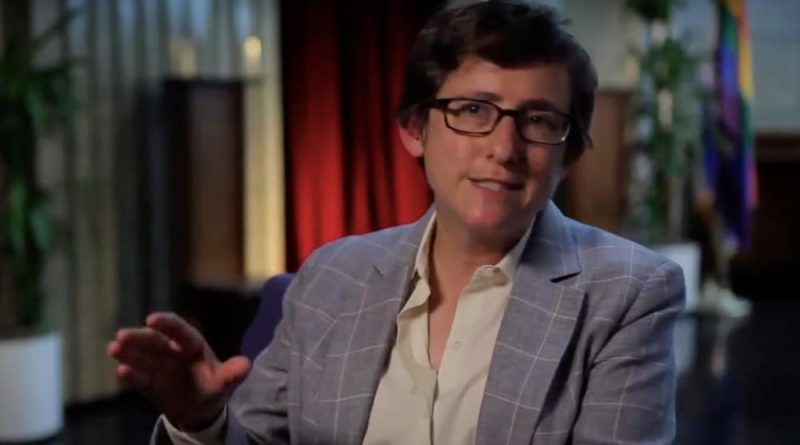 President Joe Biden has nominated out lesbian rabbi Sharon Kleinbaum to serve on the US Commission on International Religious Freedom.

Kleinbaum is the chief rabbi of Congregation Beit Simchat Torah (CBST), an LGBT+ synagogue in New York which counts Sex and the City‘s Cynthia Nixon among its many thousands of members.

She’ll bring crucial LGBT+ representation as the commissioner of the independent body which evaluates the state of religious freedom around the world and reports them to the president and Congress.

“[Kleinbaum] was installed as CBST’s first rabbi in 1992, arriving at the height of the AIDS crisis when the synagogue was in desperate need of pastoral care and spiritual leadership,” the White House said in a statement on Friday (30 July).

“She guided the congregation through a period of loss and change, while addressing social issues and building a strong and deeply spiritual community.

“Under her leadership as senior rabbi, CBST has become a powerful voice in the movement for equality and justice for people of all sexual orientations, gender identities and expressions.”

“Rabbi Kleinbaum is a faithful leader for the LGBTQ and Jewish communities. She will be a fierce protector of religious freedom and will defend LGBTQ people and minorities against attacks based on religious beliefs,” tweeted the queer deacon Ross Murray.

“She is the right person, heeding the call at the right time.”

Rabbi @Skleinbaum is a faithful leader for the #LGBTQ and Jewish communities. She will be a fierce protector of religious freedom and will defend LGBTQ people and minorities against attacks based on religious beliefs. She is the right person, heeding the call at the right time.

Kleinbaum is no stranger to the Commission: she previously served in 2019 and 2020 after receiving the recommendation of then-Senate minority leader Chuck Schumer, and now returns at the behest of president Biden.

Commissioners are each appointed for two years by the president, who is entitled to name three nominees without confirmation from the Senate.

Another appointee is Gold Star father Khizr Khan, an author and lawyer who famously criticised Trump during the 2016 election campaign, leading to repeated abuse from the former president.