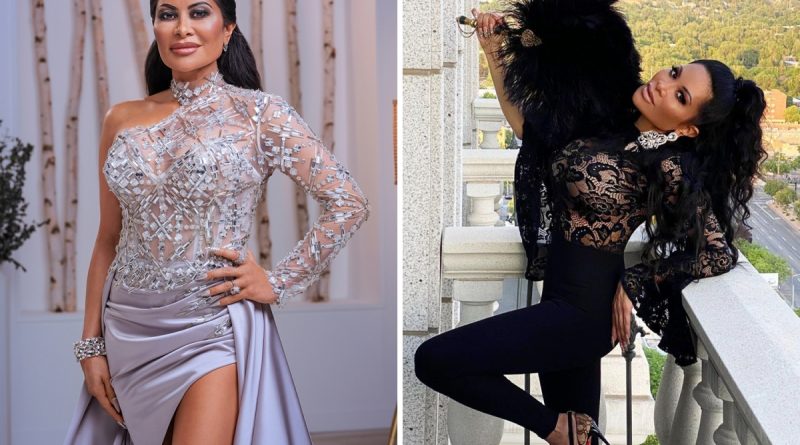 
REAL Housewives of Salt Lake City star Jen Shah has booked a job at a strip club to make some extra cash.

The 47-year-old reality star signed on to host a party at a New York City venue in order to earn some more money ahead of her fraud trial coming up.

Back in March, Jen was arrested amid allegations she was involved in a $5million telemarketing scheme and charged with conspiracy to commit wire fraud.

The trial for the TV personality, who could be facing up to 30 years in prison, was set to start this month but has been delayed to March 2022.

With a little more time to go before the legal proceedings begin and with so many fees associated with it all, Jen has taken this opportunity to make some more money.

“Shah was eager to host an event with us the moment we approached her team,” a venue rep told Page Six.

They added: “[Jen will be] receiving a large sum (of money) in exchange for her appearance, most likely enough to put a dent in her legal bills.”

The strip club began promoting Jen’s hosting gig on Sunday on Instagram, revealing more about what fans can expect from it.

The caption read: “Catch #RHOSLC cast member @therealjenshah next Friday, Oct. 22 as she hosts a night at #HustlerClubNY!🍾

Last month, Jen revealed that her husband, Sharrieff, wanted a “divorce” just weeks before her arrest.

On the RHOSLC premiere episode, she confided in pal Lisa Barlow about how she thought her “life was over” after difficult talks with her partner of 26 years.

Jen and Lisa chatted at her home when he admitted that six months ago she almost got a divorce.

She told Lisa: “I thought my entire world was ending. 6 months ago Sharrieff and I almost got a divorce. I thought my whole life was over. He didn’t think he was a good influence in my life and he felt like he was the problem.

“We’ve been married 26 years and this is the first time he has ever said ‘I am leaving you.’

“His final breaking point was the stuff I kept doing, getting angry and getting upset. Now we’re in couple’s therapy. We want to make this work.”

She concluded: “I was like ‘look no one is getting divorced here.’ I’m happier now because I finally faced what was literally killing me. And sometimes it’s okay to not be okay.”

The scene was filmed just weeks before Jen was arrested amid allegations she was involved in a $5million telemarketing scheme.