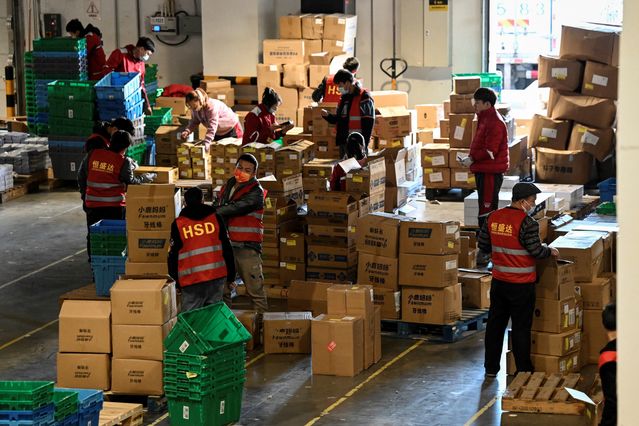 
Tencent Holdings
,
the Chinese social media and gaming giant, said Thursday it would reduce its stake in JD.com and distribute $16.4 billion in JD stock as a dividend to shareholders.

(ticker: JD) shares fell by more than 7% Thursday. Tencent (700.Hong.Kong) shares were up 4% on the news. The stock is down nearly 40% since its January high.

The sale of about 457 million shares in JD.com (ticker JD) would reduce Tencent’s stake to a little over 2% from the current 17%. Tencent has an ADR with the ticker TCEHY. Tencent president Martin Lau has resigned from the e-commerce group’s board, the group said.

After the distribution, U.S. retail giant

will become JD.com’s largest shareholder, with a 9.3% stake.

Tencent started to invest in JD.com in 2014, helping the group compete with China’s e-commerce leader

Tech stocks in China have been under pressure because of uncertainty surrounding a regulatory crackdown in Beijing.