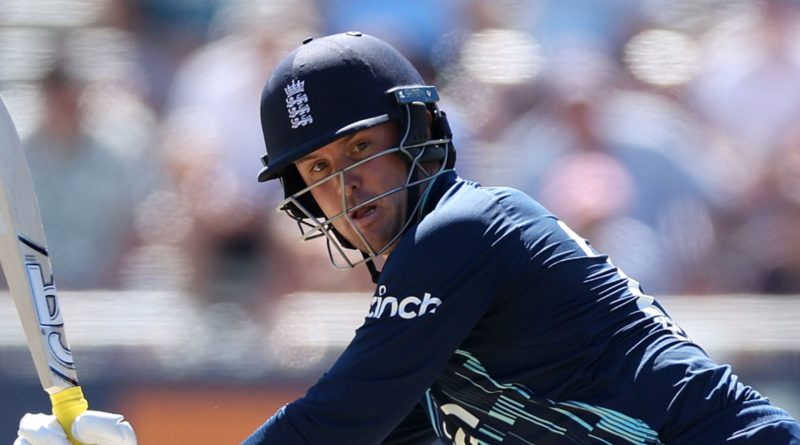 Jason Roy has been recalled to England’s ODI side for the series against Australia after the T20 World Cup.

The opener was dropped from the white-ball squad after struggling for runs over the summer but returns to a 15-player squad along with James Vince.

The opener’s highest score was 43 in 11 international innings and he only scored 51 during The Hundred, including three ducks.

Vince, 31, has played 19 ODIs but has not been included in an England squad since July 2021 when he scored his first 100 against Pakistan.

Sam Billings and Olly Stone are also included in the squad, while nine of England’s T20 squad will remain in Australia for the series.

Billings will be hoping to add to his 25 England caps, while Stone is the quickest bowler in England’s squad but his England career has stalled due to injury.

Liam Dawson and Luke Wood are also in Australia as reserves and are included in the ODI Squad.

Ben Stokes, who retired from 50-over cricket earlier this year, drops out along with Harry Brook, Mark Wood, Liam Livingstone, Alex Hales and Tymal Mills.

Stokes, Brook, Wood and Livingstone will join the Test squad before the three-match series against Pakistan begins in December.

Jonny Bairstow misses out as he continues to recover from a leg injury that will keep him out until 2023.

England play three matches in Australia, starting at Adelaide on November 17, with matches in Sydney and Melbourne following in the space of six days.

Jos Buttler’s side are currently in Australia for the T20 World Cup. England beat Afghanistan in their first match by five wickets and face Ireland on Wednesday.

Watch England take on Ireland in the T20 World Cup from 4.30am Wednesday live on Sky Sports Cricket