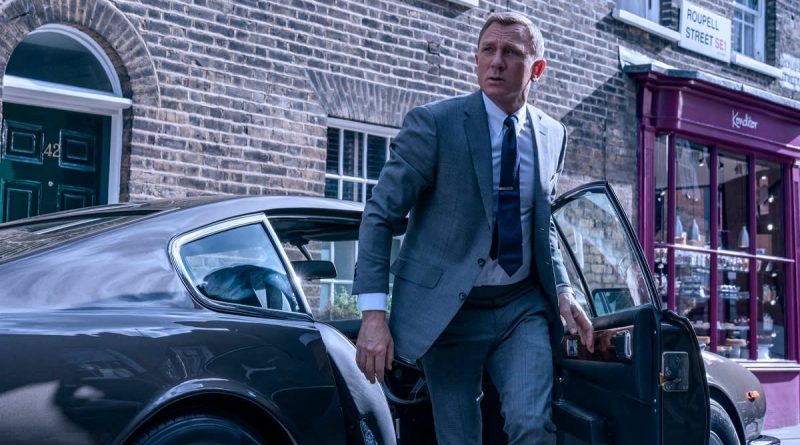 Daniel Craig stars as James Bond in “No Time To Die.”

Nearly 60 years later, the average ticket price is around $9 and the dashing 007 is making his 25th appearance on the big screen.

Based on the works of Ian Fleming, James Bond has been a fixture at the movie theater for decades and is one of the highest-grossing film franchises in cinematic history.

On Friday, the 25th Bond film “No Time to Die” arrived in cinemas in the U.K. ahead of its Oct. 8 domestic release.

“No Time to Die” marks Craig’s fifth and final turn as the iconic British spy. With Craig as the star, the James Bond franchise has seen its best theatrical run in history, garnering nearly $3.2 billion globally between 2006’s “Casino Royale” and 2015’s “Spectre,” according to data from Comscore.

In fact, the 2012 “Skyfall” was the first James Bond film to top $1 billion worldwide.

Of course, these days, ticket prices are much higher and there are far more entertainment options for consumers to spend their money on, so the box office receipts from the 1960s look quite different than today’s numbers. But box office experts don’t adjust for inflation because there are many

During Connery’s time as Bond, the franchise averaged around $100 million at the global box office. At that time, tickets to the cinema were less than $2 and a James Bond film was released annually.

After Lazenby’s solo run as 007 and Connery’s reprisal, Roger Moore took over the role for seven films, generating an average of $120 million at the box office between 1973 and 1985. At that time, tickets cost around $2.50 each.

Dalton took over for two films, generating similar results at a time when tickets sold for just under $4.

It wasn’t until audiences had an eight year gap between Dalton’s “License to Kill” and the debut of Brosnan in “Goldeneye” that the James Bond franchise saw a massive boost in box office receipts.

Then came Craig. “Casino Royale” updated the 007 character and was a more fleshed out and grittier incarnation of the iconic hero. The film tallied nearly $600 million during its theatrical run in 2006.

It’s unclear how 2021’s “No Time to Die” will ultimately perform at the global box office compared to its predecessors. The film is being released at a tumultuous time in the movie theater business. The coronavirus pandemic shutdown the industry for months and ticket sales have yet to recover.

However, advanced ticket sales internationally and domestically have given box office analysts hope for a solid theatrical run. Especially, because “No Time to Die” will have an exclusive theatrical run.

Disclosure: Comcast owns NBCUniversal and CNBC. Universal is releasing “No Time To Die” internationally while MGM handles the domestic release