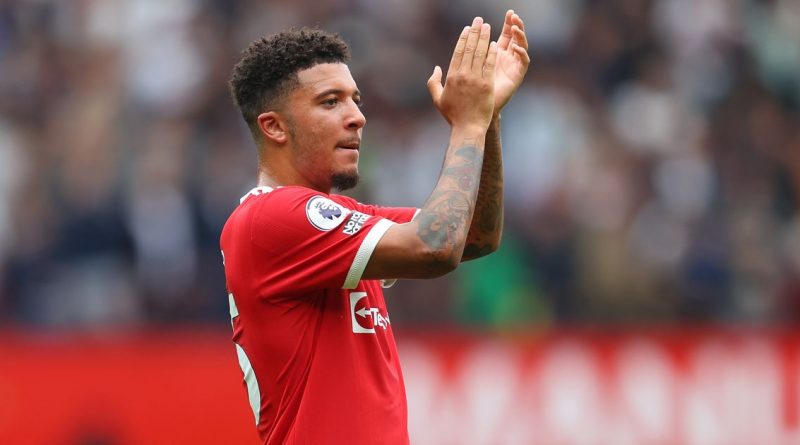 Jadon Sancho made his Manchester United debut off the bench in their season opening win against Leeds at Old Trafford.

The winger made a summer switch from Borussia Dortmund and has been able to settle quickly on his return to England.

His adaptation period has been made easier by his team-mates, who have helped him adjust to life back in the Premier League.

Sancho previously lived in Manchester having been at the Etihad Stadium as a youngster.

Originally from Camberwell in London, and once on Watford’s books, the Englishman is now looking to translate the form he showed in Germany.

Whilst at Dortmund Sancho was a constant sources of goals and assists – and he has no plans to switch up his game.

He told UMM : “I haven’t stopped smiling. I’m just happy to be here and be part of the Red Devils and the team. Especially when I made my debut – the lads have been very good with me and made it easier.

“I’m going to keep playing my game. I’m not going to change what I’ve been doing over in Germany. I’ve just got to bring it here and hopefully I can show the fans what I can deliver.”

Sancho will bolster a United frontline that gives Ole Gunnar Solskjaer a host of options.

He and Cristiano Ronaldo have both arrived this summer and are expected to feature regularly.

They join an attack that already boasts the likes of Marcus Rashford, Mason Greenwood, Anthony Martial and Edinson Cavani.

Rashford is currently out injured but Sancho has already talked up the chance of playing alongside him and Greenwood in what would be an all-England front three.

He added: “That’s going to be a crazy link up when Marcus gets back. Obviously I’ve seen a bit of Mason recently in training – he’s crazy.

“We’re still getting to know each other, obviously movements and things like that, getting our understanding, but it’s going to be crazy all three of us on the pitch.”

Sancho made his first United start in the win over Wolves last time out.

He has since headed off with England but has left the squad early due to a minor knock.

Despite that he is expected to recover in time for United’s first game back after the international break against Newcastle on September 11.

Ronaldo is poised to make his second debut for the Red Devils in that fixture, which will kick-off at 3pm.

United will also begin their Champions League campaign against Swiss side Young Boys three days after the Newcastle clash.