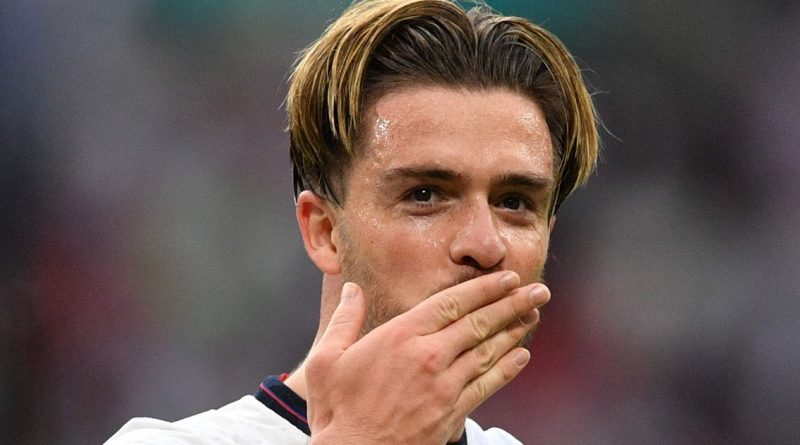 It follows news that the Citizens have reportedly made a record breaking £100million bid for the Aston Villa captain.

The 25-year-old is said to be Pep Guardiola’s primary summer transfer target after recording 14 goals and 15 assists for his boyhood club since spearheading them to a return to the Premier League.

He also starred in England’s Euro 2020 campaign, becoming a fan favourite and catching the eye on the biggest stage of all.

With City keen, they’ll be hoping Grealish has changed his tune from nine years ago when he evidently backed United to beat them in a matched billed as the 2011-12 Premier League title-decider.

A Vincent Kompany header saw off Sir Alex Ferguson’s side and the “Noisy Neighbours” were loud and proud after beating the Red Devils 6-1 earlier in the season.

His academy and local team, Villa, headed into the final day of the campaign on a nine-game losing streak.

Grealish suffered double disappointed as Villa lost 2-0 at Norwich City, although stayed in the division by finishing 16th.

The youngster’s main heartache came from United not being able to stop City was dramatically claiming their first-ever title thanks to Sergio Aguero’s legendary added-time goal.

Should Grealish stay at his boyhood club or go and join the Premier League champions? Comment below.

In September 2014, he also tweeted a picture inside Old Trafford watching Louis van Gaal’s side crush Queens Park Rangers 4-0, writing: “At the Threatre of Dreams! Unbelievable this place is!!!!”

Grealish could soon be bidding for titles of his own at the Etihad, though, thanks to the eye-watering offer, which will see the skipper meet with Villa Park chiefs to decide his future.

The Daily Star report that those in charge of the midlands club have made a last ditch attempt to keep Grealish in the midlands.

Owners Wes Edens and Nassef Sawiris are said to have personally sanctioned a £200,000-a-week contract as they scramble to keep their talisman at Villa Park.

As much as staying in Birmingham would be a romantic option for Grealish, his lust for silverware could get the better of him.

While on international duty, he was asked for main target in his career, responding with something almost guaranteed in sky blue.

“It’s got to be [winning] a trophy,” Grealish said.

“I’d want to win either the Champions League or a major trophy with England.”

The European Cup has so far alluded City since their Sheikh Mansour-funded 2008 transformation, so both parties are certainly alligned when it comes to their aims.

Grealish would also look forward to playing with a Three Lions team-mate at club level, a fellow fanatic of the sport.

“I don’t think I’ve ever seen anyone love football as much as Phil Foden,” said the Villa man.