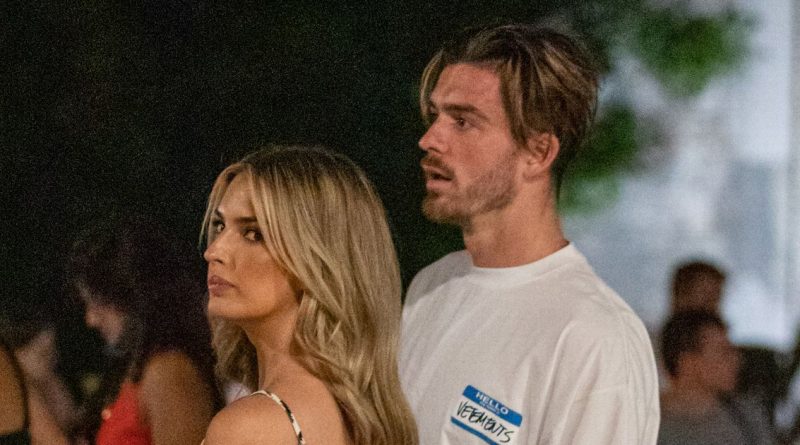 Jack Grealish’s girlfriend Sasha Attwood has revealed that she received death threats on a regular basis during England’s Euro 2020 campaign.

The 25-year-old model has a big following on social media platforms such as TikTok and Instagram.

And speaking on her YouTube channel she lifted the lid on the vile abuse she received while Grealish featured for his country.

“I was receiving 200 death threats a day. I’m not exaggerating when I say that,” she said. “I had so many messages every single day. I still get them now, all day every day.

“They said, ‘I hope you get cancer and die’ or ‘I hope your whole family dies’.

Sasha Attwood and Jack Grealish together on holiday in Dubrovnik
(

“They say, ‘I hope the next time you’re in the car you crash it and die, I hope after Wembley you die’.”

The subject of online trolls was a big talking point in the wake of England’s penalty shoot-out defeat to Italy in last month’s tournament, with Marcus Rashford, Jadon Sancho and Bukayo Saka all receiving disgusting racist abuse.

And Sasha continued in her video: “Things have obviously blown up over the Euros, but I never thought in a million years it would ever be this bad.

“It just kind of blows my mind how nasty people can be for no reason whatsoever. I’ve always been quite a strong person, I’ve always been very good at blocking out people’s opinions. But it’s on a whole other level.

“It’s just crazy. It’s the nasty messages about my appearance, people’s opinions. What are you all doing? It’s embarrassing.

“You hear people talking about trolling, but I never realised how bad it actually was. The scary thing is, it’s young girls.

“I’d go on these girls’ accounts who have sent me stuff and they’re 13 or 14. It’s so sad. I try to put it down to age but then I think when I was that age I never sent a message like that.

“I think it’s so toxic, social media, and it’s really sad these generations have grown up thinking that it’s OK to say things like that.

Do you want an exclusive pre-season preview of YOUR club – both in your inbox and through your letterbox?

Head over here to find out more and secure your copy

“Why are you doing it? Please ask yourself why.

Grealish is currently the subject of a huge amount of transfer speculation, with reports suggesting he could soon become the most expensive British player of all-time by making a £100m move from Aston Villa to Manchester City.

And he is expected to make a firm decision over his future in the next few days.