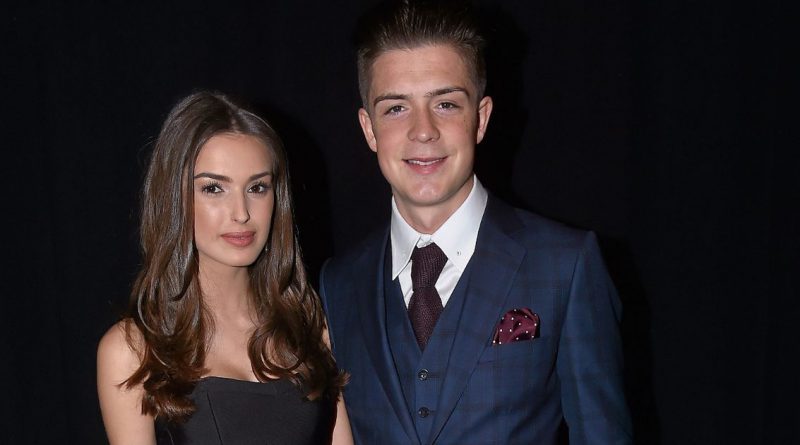 After reuniting with the Aston Villa star, Sasha Attwood has changed up her look – and opened up about their ‘stunning’ post-Euros getaway

Sasha and Jack go back years as childhood sweethearts (

Jack Grealish may have been a fan favourite at Euro 2020, but his girlfriend Sasha Attwood has revealed she received an onslaught of abuse from fans back home.

Speaking on her YouTube channel, the 25-year-old model said she had received as many as 200 death threats a day from vile trolls on social media.

“I had so many messages every single day. I still get them now, all day every day,” she explained.

“I’d go on these girls’ accounts who have sent me stuff and they’re 13 or 14. It’s so sad. I try to put it down to age but then I think when I was that age I never sent a message like that.”

The sickening messages came just weeks after the pair rekindled their romance, and following England’s devastating Euro final defeat they jetted off for a romantic – and apparently boozy – holiday to Croatia.

As the Aston Villa star, also 25, has climbed the ranks to become one of the Premier League’s most coveted players – with a rumoured £100million move to Manchester City on the cards – Sasha has also undergone a remarkable transformation since their early days together.

Hunted by a modelling agency at the age of 13 while shopping in her home town of Birmingham, Sasha is currently presented by Industry Model Management.

The model, who recently revealed she will be working with House of Fraser, regularly posts stunning snaps on Instagram as well as make-up tutorials to her 11,000 followers.

The stunning model is naturally a brunette
(

Since reuniting with Jack, the 25-year-old has gone blonde
(

Having first met Jack when they were teenagers at St Peter’s Roman Catholic Secondary School in Solihull, West Midlands, she is normally a brunette and had her natural hair colour when they began dating.

Ahead of the Euros, however, she dyed it blonde, with brown highlights, showing off the new look as she donned a Three Lions’ shirt with ‘Grealish’ on the back during the opening match against Croatia.

Neither have ever been overly public about their relationship and have always kept it away from the eyes of the public.

“Jack and Sasha have been through a rocky patch but are firmly back on track now. Jack is keen to keep Sasha out of the limelight and she keeps him grounded,” a source told The Sun ahead of the Euros.

“He thinks it’s best if the fans still think he’s single, but she’s been cheering him on from the side lines during the Euros.

“Sasha is his secret weapon off the pitch and will support him no matter what. They’re both very close to each other.”

Jack did get into an awkward situation earlier this year while he was separated from Sasha with a former Love Island contestant.

The England star was caught cheekily trying to slide into the DMs of Natalia Zoppa, who entered the villa as one of the Casa Amor girls during the Winter Love Island series last year.

Apparently, Jack attempted to get the model’s attention by sending a waving hand emoji in a direct message.

However, her angry boyfriend Hass Saleh saw the message and released it publicly in a TikTok video which went viral.

“As if today couldn’t get any weirder, the best player in the Premier League tried to chat up my missus,” said Natalia’s boyfriend, who was clearly a big fan. During the video, Saleh jokingly told Zoppa to send the Villa playmaker the link to her OnlyFans page.

He said: “Send him the OnlyFans link – he’ll be a good tipper!”

But Zoppa had no interest, replying: “I’m not going to send him the OnlyFans link!”

It was all in good fun as sources said neither Zoppa or Saleh took the matter too seriously and were not annoyed at Grealish.

While friends close to Jack said he was only liking her photos and remained “devoted and loyal” to Sasha.

Previously, they had also been spotted sunbathing and relaxing with fellow England stars on the Greek island of Mykonos.

During the tournament, Sasha was spotted in the stands cheering on her man
(

The FA via Getty Images)

After arriving home, Sasha lifted the lid on their romantic getaway, admitting she was “just eating and drinking all day”.

“It was so hot, it was like 33 degrees,” she told her YouTube channel. “We went to Croatia and it was unreal.

“If you’ve never been, honestly go. We only went because it was on the green list, I never really thought to go there before. But we’re so happy we did, we absolutely loved it.

“It was so beautiful, so stunning, so hot, it was amazing. I literally had the best time ever. It’s a bit depressing being back.”

During the video, the model also opened up on her trolling torment and admitted it had left her feeling “so anxious”.

“I was receiving 200 death threats a day. I’m not exaggerating when I say that,” she said. “I had so many messages every single day. I still get them now, all day every day.

“They said, ‘I hope you get cancer and die’ or ‘I hope your whole family dies’.

“They say, ‘I hope the next time you’re in the car you crash it and die, I hope after Wembley you die’.”

The subject of online trolls was a big talking point in the wake of England’s penalty shoot-out defeat to Italy in last month’s tournament, with Marcus Rashford, Jadon Sancho and Bukayo Saka all receiving disgusting racist abuse.


And Sasha continued in her video: “Things have obviously blown up over the Euros, but I never thought in a million years it would ever be this bad.

“It just kind of blows my mind how nasty people can be for no reason whatsoever. I’ve always been quite a strong person, I’ve always been very good at blocking out people’s opinions. But it’s on a whole other level.

“It’s just crazy. It’s the nasty messages about my appearance, people’s opinions. What are you all doing? It’s embarrassing.”

Hopefully the couple can put the grotesque abuse behind them and look forward to the new Premier League season – which could be Jack’s biggest yet.

Got a story? Get in touch by emailing alex.bellotti@reachplc.com