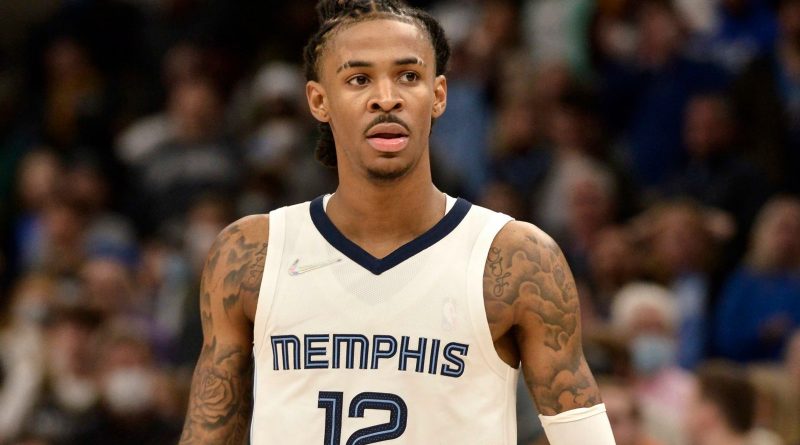 His team, which set an NBA record for margin of victory in a 152-79 thrashing of the Thunder earlier this month, suffered defeat – but more than that, the franchise star was left dismayed by the reaction of some fans, who asked him to “sit back out”.

Morant, who was returning from injury and the league’s COVID-19 protocols after a 12-game absence, finished with 16 points, six rebounds and eight assists in 28 minutes.

Not a bad box score, and given that he is the team’s leading scorer at 24.1 points per game, hearing such remarks was hurtful for the 22-year-old as he tried to put his injury woes behind him.

off social media for awhile ✌🏽 anybody who need me got my # .

Morant said: “It’s frustrating for me, watching this team while I was out and the type of basketball they were playing.

“We beat this team by 73, and then we lose the day I come back against this team. It’s frustrating. I was already in my head coming back out and trusting my knee after missing 12 games. Basketball is my escape, I feel at my best when I play. So, it’s really frustrating.

“Even during the game, I was running down the court and I heard some of my fans courtside tell me I need to sit back out. So, I just don’t understand what they wanted to get out of that. I feel like that just makes it worse.”

Critics will argue that the Grizzlies are 10-2 without him in the lineup and just 9-11 with him and will point to the fact that Memphis established franchise records for bench points (93) and field goals made (60) in the previous clash with the Thunder.

But all of that ignores the fact that Morant, who quit also Twitter following the game, is the superstar-level talent capable of elevating a franchise like Memphis from mediocrity to potential contention.

And the fact he’s a young player in just his third year in the league, who has already led Memphis back to the playoffs after beating Stephen Curry and the Golden State Warriors in a a play-in game.

An early dunk of the year candidate from Ja Morant, with this massive alley-oop slam from week one!

In his post-match interview, it was clear that the young man was affected by the fickle reaction of some who attended the FedExForum on Monday night.

Morant, as reported by Drew Hill of the Daily Memphian, said: “It’s a lot, man. I’m excited to be back and I’m thankful for my teammates because they have tried to keep my spirits up and tell me not to worry about what people say. But, it’s hard not to see that stuff.

“I mean, it’s easy when I see it, but when I’m running down the court mid-game and hear it from the people that were chanting ‘M-V-P’ a while ago, it’s frustrating.

“I’m just frustrated. Normally – y’all have seen it – when anybody says something negative about me, it fuels me. But, tonight, the remarks from the fans actually hurt. I’m going to do what I normally do and bounce back and I’m very excited for this next game.”

Morant’s team-mates, though, know aside from the dunks, the clutch threes and the pinpoint passes, just how valuable he is.

Desmond Bane, who has been the leading light for the Grizzlies in his absence, claimed any suggestions the Grizzlies are better without Morant are “nonsense”.

Bane went on to say the idea that the Grizzlies might be better without Ja is “nonsense” and that Ja gets picked on because he’s a star and an easy target.

“He will be in Memphis as long as he wants to be. It’s his franchise.”