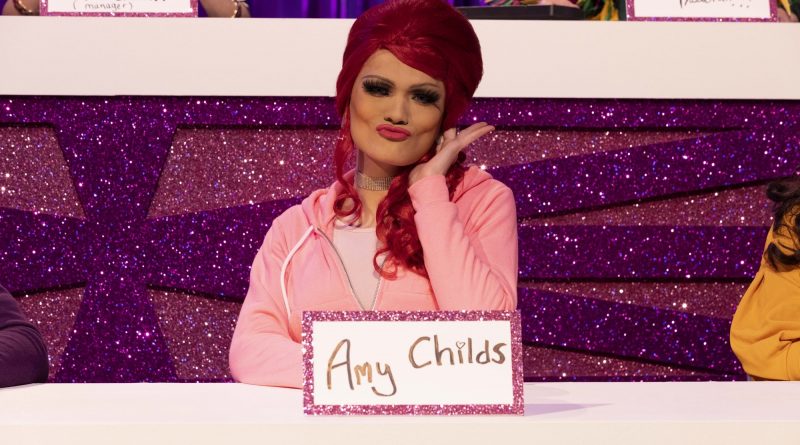 Just in time for Halloween, this week’s Drag Race UK was as scary as it gets.

If you thought RuPaul was harsh last week, well, this week would prove to be even more controversial.

For Snatch Game, the queens were joined by Girls Aloud singer Nadine Coyle and comedian Judi Love. There were hits: Kitty Scott-Claus’s Gemma Collins impersonation and Ella Vaday’s Nigella Lawson had everyone cackling with laughter. But there were also misses…

In a shock result, River Medway and Choriza May faced off in the lip-sync. In one of the most controversial moments in Drag Race UK herstory, both were sent home.

Over the course of the competition, fans have fallen in love with River Medway. From her hilarious pointing, which became a meme, to sharing her story with grief, River is undoubtedly one of the most endearing queens we’ve ever seen on the show.

PinkNews caught up with River to talk about the judges’ critiques, the shock double elimination, whether she’d return for All Stars and the power of representation.

PinkNews: How do you feel after watching the episode back?

River Medway: I am actually really happy with the episode, aside from obviously the fact that I got eliminated! I was just I hoping that I didn’t seem stupid, but I think I came across OK and I don’t think I looked that bad. I had definitely looked worse.

I was worried about every single runway and watching back I keep thinking “what was I worried about?” So yeah, I’m literally in such a good place about it because I’ve already dealt with it. It’s all good!

Michelle wasn’t a fan of your look this week, did you think that was fair?

She said it looked “crafty” but, yeah, that’s because I literally made it myself. If it looked homemade, because I made it in my home. Unfortunately, I wasn’t able to execute as well as I could, because I had to do it myself. I ended up making a lot of my outfits and that’s not because I love sewing, it was because I didn’t have a choice! I think that I wore some really gorgeous outfits on the show and I wish I’d had more self-belief at the time.

You shared your experience of grief on the show, having lost your mum during the pandemic, what was the response to that?

It was a little bit overwhelming, in a good way. So many people were DM’ing me and tweeting me and the best thing about it is the fact that I’ve been somebody that people could see themselves in, which is so important.

I really just told my story, exactly how it is, so the fact that there are people that can relate to that, is so refreshing to see. It’s great to show that you can go through so much grief and still come out the other side of it.

What has the reaction been like from the communities you’re a member of?

People from Medway were supporting me so much. People from Singapore as well, that’s where my dad is from and my family is out there. People from a similar sort of background: working class, mixed race, or south east Asian. It reminds me of how many different people I represent. I’m not just one thing and my identity is product of all of these different things.

At the very start of the competition, who did you think was the most talented series three queen?

Which upcoming challenges are you sad to have missed out on?

I really wanted to do a Rusical! Theatre is sort of my thing. Obviously, I didn’t get to do one, which is really sad because I was honestly just so looking forward to doing it.

Watching the lip-sync back, did you think the double elimination was deserved, or unfair?

Would you return for any type of All Stars show?

Who is your closest friend out of the cast?

We’re all really close and we all still talk, but I’d say Choriza is probably the queen I’m the closest with.

What’s next for River Medway?

I think I was born to be on the stage. I love crowds and I love singing, theatre and dancing. I’d love to model or go on a tour or do music. I want to do everything!

Was it frustrating that you were eliminated in a performing challenge like Snatch Game, given you’re such a performer?

Without sounding really negative, I knew that I would always do badly in Snatch Game. I don’t really know why, but I just always knew. I think there’s almost this slight trend of a lot of people that are very entertaining and don’t do well at Snatch Game. I think it can be quite difficult! Especially if you overthink it, which I definitely did.

There’s been a lot of talk of fan negativity on social media, how has the response been for you?

It’s been really, really good. Like, almost unbelievably good. The response is so lovely and it’s so shocking for me to have such a good response, because I was not expecting it. I’m really, really grateful for it.

It sounds like the show has given you more confidence. Are you happy you did it?

I was in a very good place with my self-confidence before the show. But then when you’re on the show, all of a sudden, you’re just begging for validation from judges instead of from yourself. I sort of lost myself, which I think happens with a lot of people. You spend years gaining self-confidence and you lose it all. It’s definitely happened to some of the other queens as well, which is really sad to see. But now I genuinely believe in myself, which has been the best thing for me as a person and as a performer.

What would you say to anyone who’s inspired to do drag after seeing you on the show?