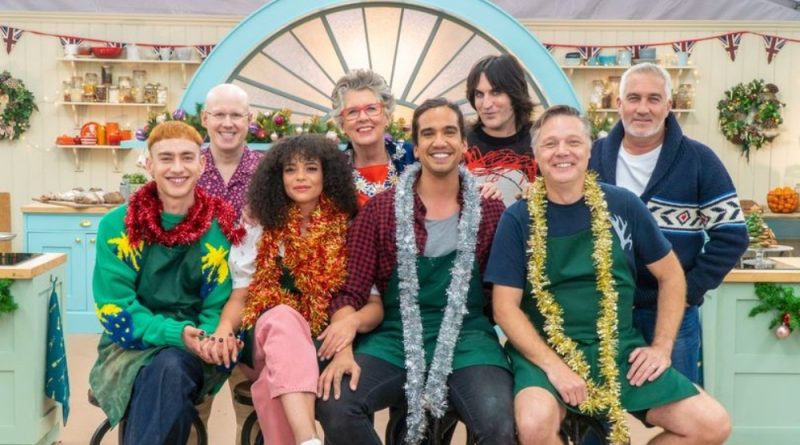 The It’s a Sin cast will reunite for a Great British Bake Off Christmas special this December.

Cast members Olly Alexander, Lydia West, Nathaniel Curtis and Shaun Dooley will throw on their tinsel and aprons to compete for top festive baker – and we fear how many innuendos are going to be thrown around with abandon.

“On your marks, get set…. La!” the official Bake Off account tweeted Thursday (11 November).

“We’re turning the Bake Off tent into the Pink Palace as the stars of award-winning Channel 4 drama It’s a Sin don their aprons for The Great Christmas Bake Off!”

On your marks, get set… La! We’re turning our Tent into the Pink Palace as the stars of award-winning @Channel4 drama It’s A Sin don their aprons for The Great Christmas Bake Off! 🎄
Line-up: Olly Alexander, Lydia West, Nathaniel Curtis, Shaun Dooley
Date: To be revealed!#GBBO pic.twitter.com/p0rOCEnGrM

“EEEE !!!” tweeted Olly Alexander, who played Ritchie Tozer in the hit drama. “I’m baking with my It’s a Sin family this Christmas. La!”

And fans couldn’t help but share in his excitement at what is essentially the gayest crossover in television history. Yes, really.

“Wow! You have made me a very happy gay, sir,” joked another user.

A third user said: “This is definitely the best Christmas present this year.”

An air date has yet to be confirmed for the Christmas special, which will see GBBO judges Prue Leith and Paul Hollywood and hosts Noel Fielding and Matt Lucas reprise their roles on the hit baking show.

As well as the It’s a Sin Bake Off special, Channel 4 confirmed it will air a second festive episode with bakers from seasons past.

It’s a Sin earned sweeping plaudits for its raw and euphoric look into the lives of young queer people arriving in London in the 1980s – all while the threat of the AIDS crisis lurked ahead of them.

In March, Channel 4 revealed it had racked up 18 million views on the All4 streaming platform, making it the service’s biggest ever instant box set.

A t-shirt with the show’s “La!” catchphrase helped raise half a million for HIV charity the Terrence Higgin Trust. The drama has also been credited with fuelling an uptick in HIV testing.