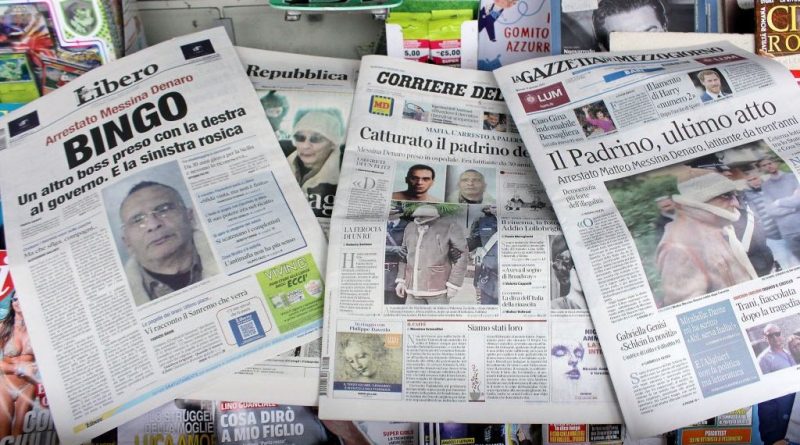 
After 30 years on the run, Matteo Messina Denaro, one of Italy’s most wanted men, was arrested on Monday at a private clinic in Palermo, Sicily, where he was undergoing treatment for cancer.

One of the bosses of the Cosa Nostra Mafia in Sicily, Denaro was one of Europol’s most wanted fugitives, known for his alleged involvement in dozens of Mafia-related murders and fatal bombings in Milan, Florence and Rome in the 1990s.

Denaro, whose location was well-protected for years, once allegedly boasted that a graveyard could be filled with the people he’s killed.

Here’s what to know.

A history of deadly crimes

Crime ran in Derano’s family. His father and godfather were both members of the mob, as were his siblings. His brother, Salvatore Messina Denaro, was arrested in 2010 but refused to testify about Matteo’s whereabouts. In 2013, his sister, Patrizia Messina Denaro, was arrested and later sentenced to 14 years in prison for being a member of the Mafia.

He has been a fugitive since 1993, allegedly spotted in Brazil, Spain, Britain, and Austria but never captured.

Journalist Andrea Purgatori told the BBC that until the 1990s, murders were being committed on an almost daily basis. “Messina Denaro committed some of the most violent and cruel crimes Italy can remember,” Purgatori said.

His crimes were expansive. He was accused of killing two anti-Mafia judges in 1992, as well as strangling the partner of a rival Mafia boss, who was pregnant at the time of her death. He also allegedly kidnapped the 12-year-old son of a man who was testifying against him, holding him hostage for two years before strangling the boy then dissolving his body in acid to prevent the family from burying him.

In 2002, Denaro was convicted of a number of crimes in absentia and sentenced to life in prison.

There have been numerous failed attempts to capture Denaro over the years. In May 2011, police were surveilling him at a farmhouse near his home town of Castelvetrano, but failed to arrest him, despite the involvement of hundreds of officers. His DNA was later found at the site. And in 2021, a British man was arrested at a restaurant in the Hague after anti-mafia police wrongly identified him as Denaro.

Carabinieri General Pasquale Angelosanto, who heads the police force’s special operations squad, said Messina Denaro’s health, along with a mix of old-school policing and modern technology, were key to his capture.

With time, police began weakening the tightly protected circle around Denaro that helped him long evade capture. Over a decade, police cracked down on anyone suspected of aiding or protecting Denaro, arresting over a hundred people. Several of his collaborators were arrested in 2020, making him more vulnerable.

Police wiretapped the homes of his family members, who—likely knowing they were being tapped—only spoke generally of “people with cancer” and “cancer surgeries.” This was enough for police to assume that Denaro was seeking treatment of some sort.

Investigators then gathered the details of all male cancer patients born in 1962 near Trapani, in western Sicily, and slowly narrowed down the search to five suspects.

They identified a man who had booked a treatment under the name of Andrea Bonafede, the nephew of deceased Mafia boss Leonardo Bonafede. But after analyzing Bonafede’s phone records, they discovered that he was far from the clinic where he was meant to be having surgery one day, confirming that Denaro was likely using the name as an alias.

“It all led to today’s date [when] he would have come for some tests and treatment” at the clinic where he was arrested, Angelosanto told reporters.

Italian Prime Minister Giorgia Meloni traveled to Sciliy to congratulate the police after the arrest. Speaking outside the prosecutor’s office, Meloni said that while Italy had not yet won the “war” against the Mafia, this was a “battle that was fundamental to win.”

“It’s a day we can celebrate and tell our children that the Mafia can be defeated,” she said.

Write to Simmone Shah at simmone.shah@time.com.