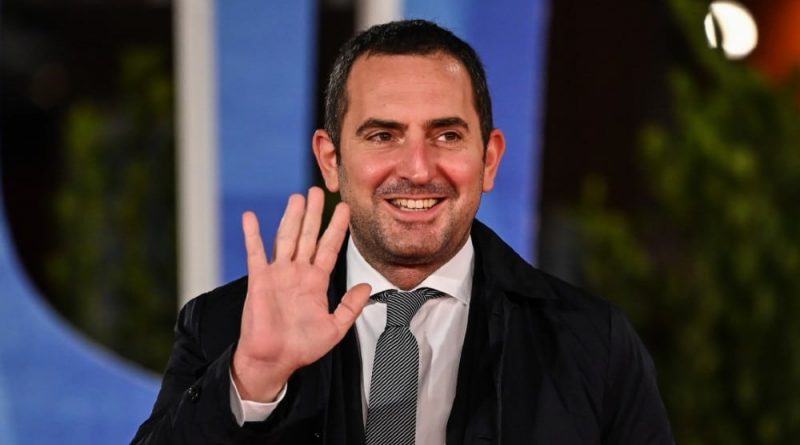 The prominent Italian politician Vincenzo Spadafora has come out as gay on primetime TV, saying it is his responsibility as a visible public figure.

Spadafora, 47, is one of the most influential members of the populist, anti-establishment Movimento 5 Stelle (MS5) party and a former minister for youth, policies and sport in Italy.

He came out on Sunday (7 November) on Rai3’s late night talk show Che Tempo Che Fa, a rare occurrence in a country with few out LGBT+ politicians.

“I think that people’s private lives should remain that way, but I also think those with a public role, a political role like mine have some more responsibility,” he told host Fabio Fazio.

“And I did it for myself too, because I learned perhaps too late that it is important to love and respect each other.”

Spadafora was a guest on the show to promote his new book, Unreserved, Vincenzo Spadafora, which promises to tell his story “without reservations, in politics and in life”.

Explaining his decision to come out now, Spadafora said: “One reason is very political, to testify to my political commitment, for all those who fight for their rights every day and have less opportunity to do so than I have thanks to my role.”

Another reason was religious – as a practising Catholic, he wanted to show that his sexuality was “not in contradiction” with his faith. However, he is aware that many in Italy will not see it that way.

Two weeks ago the Italian senate voted down a bill that would’ve criminalised violence against LGBT+ people following intense opposition from the Vatican and far-right parties.

Democratic party MP Pina Picierno called the vote “one of the worst pages in the history of the Italian republic”.

Spadafora acknowledged the backlash he’ll likely face as an openly gay Italian politician, but said he hoped that people could look beyond his sexuality and focus on his achievements.

“In politics, homosexuality is used to hurt, to attack an opponent, something I now want to avoid,” he said. “I hope to be considered for what I do, for what I am, and from tomorrow on maybe I’ll be happier because I feel freer.”