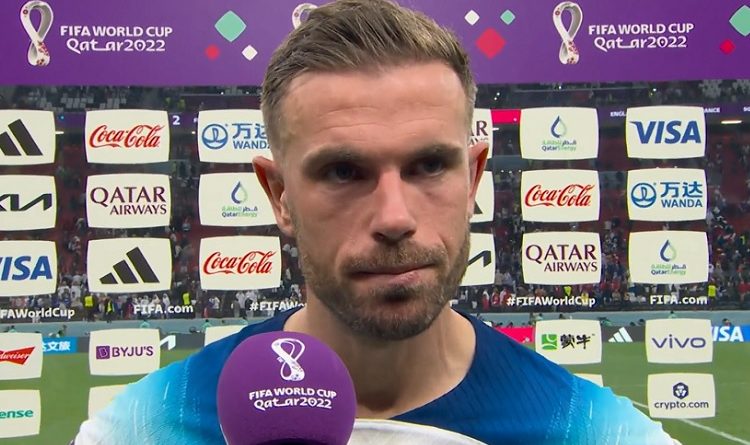 
England were beaten 1-2 by France in the quarterfinals of the World Cup on Saturday, with Real Madrid midfielder netting a long-range wonderstrike in the 17th minute before bringing down Arsenal winger Bukayo Saka in the box in the 54th. Tottenham Hotspur star Harry Kane put the penalty away to equalize, but Olivier Giroud headed France ahead again in the 78th. Kane had a chance to equalize from the spot again when AC Milan defender Theo Hernandez brought down Chelsea’s Mason Mount four minutes later, but this time, the England captain sent his shot high up into the stands.

Having had to chase the scoreline for most of the match, England were pretty much the team that attacked more, had more of the ball and showed more aggression and desire, but as Liverpool captain Jordan Henderson put it in his post-match interview, it simply wasn’t their night.

“It was there for us to win tonight.”@JHenderson gave his immediate reaction to @GabrielClarke05 after England exited the World Cup pic.twitter.com/PX5XnoMySL