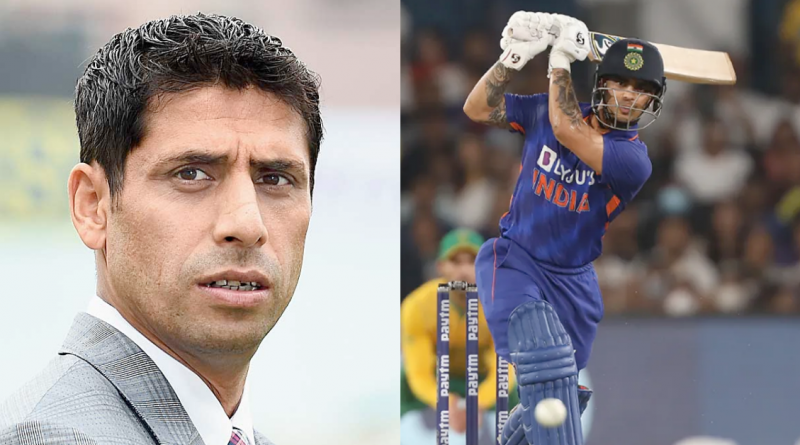 
Former India left-arm pacer Ashish Nehra has said that the young opening batsman Ishan Kishan’s numbers in the five-match T20I series against South Africa have been impressive, but the “numbers don’t always tell the whole story”.

Opener Ishan Kishan finished as the highest run-getter in the five-match T20I series between India and South Africa. He smashed 206 runs in 5 games at an impressive average of 41.20 and a strike rate of 150.36, including two half-centuries.

During a discussion on Cricbuzz, former India pacer Ashish Nehra mentioned that Kishan scored over 400 runs for Mumbai Indians (MI) in the Indian Premier League (IPL) 2022, but he was clearly struggling a lot.

“Ishan Kishan’s numbers have been good in this series, but numbers don’t always tell the whole story. Even in IPL, he had good numbers, he scored over 400 runs. The kind of strike rate that you want to see, you get that but the consistency won’t be easy for a player like Ishan Kishan, especially in T20Is,” Ashish Nehra said in a discussion on Cricbuzz.

Former India pacer further said that the 23-year-old didn’t look comfortable even though he scored 76 runs in the first match for India in Delhi against South Africa. He also said that the young opener should improve.

“His game is like that. But whenever he score big runs, it has to be impactful runs. He scored 76 runs in the first game against South Africa, but I remember that that day also we were talking that he didn’t look that comfortable.

“India had lost that match. He picked up pace in the latter part of the innings. Even in the latter matches, there were runs from his bat but here you are talking about an opener. You would want him to convert the 20-25 to 60-70. As a player, Ishan Kishan should improve. He is young and has huge scope,” he said.

Meanwhile, the series between India and South Africa ended in a draw after the 5th match in Bengaluru was washed out due to rain.

Also Read: Having Played So Long For Bengal, If Someone Hurled Nasty Comments At You, It Hurts, That’s Why I Decided To Change My State – Wriddhiman Saha