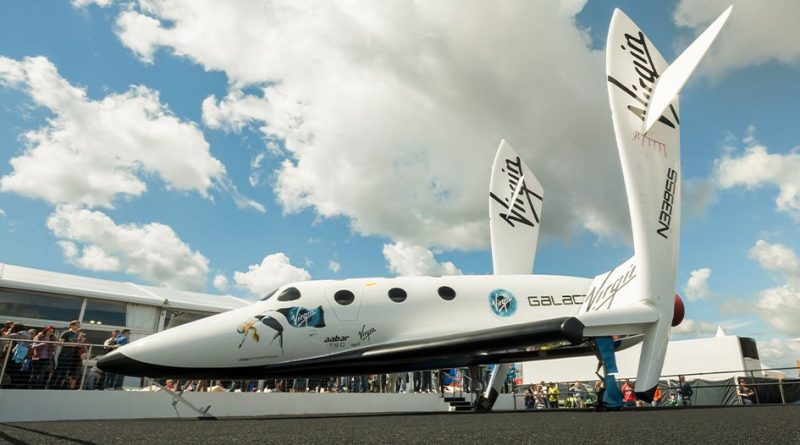 
Virgin Galactic (SPCE) is financing more debt as to help “accelerate the development of its spacecraft fleet.” So is Virgin Galactic stock a buy even as it takes on more debt? Investors first need to look at the stock’s long-term fundamentals and stock action


Richard Branson’s commercial space company announced Jan.13 that intends to raise $425 million from the sale of senior notes through a private offering with an additional $75 million option also expected.

Virgin Galactic “intends to use the net proceeds from the offering to fund working capital, general and administrative matters and capital expenditures to accelerate the development of its spacecraft fleet,” according to the release.

The company reshuffled some test launch targets back in October, delaying the start of commercial flights until the fourth quarter of 2022 as it started its lengthy enhancement and refurbishing program.

Virgin Galactic now expects its Unity 23 test flight with the Italian Air Force, which was originally targeted for late October, to fly after the enhancement program is completed is completed in Q4 this year.

The company had expected commercial service to start in late Q3, later than a previous timeline for early 2022, which was pushed back from early 2021.

Virgin Galactic reported a loss of 32 cents per share in Q3, a larger loss than analysts were expecting. Revenue was $2.58 million and beat expectations for $1.4 million.

The company has sold 700 tickets to the “Spacefarer community” who reserved space to be the first to buy tickets. Approximately, 100 people have put down $150,000 in deposits since ticket sales were reopened at $450,000 per seat. The ticket price “has been well received,” according to Virgin.

Following Branson’s flight, Virgin Galactic reopened ticket sales with prices starting at $450,000 per seat during its Q2 earnings report on Aug. 5. The starting price is above the previous price point of $250,000. So far, 600 people have booked space flights before ticket sales were closed.

Privately held Blue Origin successfully took founder Jeff Bezos and his brother along with a paying crew member into space as part of its first crewed mission on July 20.

While the company began as a space tourism company, analysts have also noted Virgin Galactic’s potential in hypersonic point-to-point travel, by using its space plane to take passengers across continents in a fraction of the time it takes today.

Virgin Galactic said in February 2020 that it sees a “huge opportunity” to apply high-speed global mobility technology to reduce travel time. Then-CEO George Whitesides told CNBC at that time that the company wants to integrate its vehicle into national airspace systems, allowing it to land at airports and link to local transport networks.

But Wall Street, which once had all buy ratings on SPCE stock, has turned more bearish on the company.

Morgan Stanley cut its rating to underweight from neutral weight as the company is soon to shift to a period of no flights. On Oct. 19 it cut its price target to 17 from 25.

Bank of America lowered Virgin Galactic stock to underperform on June 30, noting that the premium already priced into the stock is likely to decline as more space tourism companies go public.

Shares have tumbled in recent weeks following Virgin’s announcement to delay commercial flights. The stock fell below its 50-day and 200-day lines following the Q2 earnings report in early August and has been moving steadily lower since.

Virgin Galactic has an IBD Composite Rating of just 10 out of a best-possible 99, according to MarketSmith. The key rating combines five other IBD stock ratings. The stock also has a poor 27 EPS Rating.

The relative strength line spiked after Branson’s flight in July but is slumping again to all time lows.

The stock has an Accumulation/Distribution rating of D-, indicating more selling than buying by institutional investors.

Virgin Galactic stock is ranked No. 36 in IBD’s Aerospace/Defense Group.

IBD 50 Growth Stocks To Watch: Find The Best Stocks To Buy And Track

SPCE stock debuted on the NYSE on Oct. 28, 2019, after a reverse merger with “black check company” Social Capital Hedosophia Holdings.

Virgin Orbit and Virgin Galactic were split in 2017 so Virgin Orbit could focus on low-cost launch services for small satellites for the U.S. military and other customers. It already has a $35 million three-launch deal with the Space Force and is working with the Air Force on launches from Guam.

ARKX Space Exploration (ARKX) began with 672,000 shares back in March but dumped all Virgin Galactic stock by May. Her ARK Autonomous Technology & Robotics ETF (ARKQ) sold 1.65 million shares during May and no longer has a position.

After his first flight, Branson sold $300 million in Virgin Galactic stock, about 4% of the company, according to a regulatory filing Aug. 13. He still has an 18% stake and remains Virgin Galactic’s largest shareholder.

The asset sale came as the more infectious delta variant of Covid-19 spread. Branson plans to use the proceeds of the stock sale to help support its other Virgin travel businesses, Virgin Group told Bloomberg.

In early March, 2021 Chamath Palihapitiya, the chairman of Virgin Galactic, tweeted that he sold his 6.2 million-share personal stake. The stock was worth about $213 million. But he still owns 15.8 million shares via his SPAC, Social Capital Hedosophia Holdings, which took SPCE stock public.

Virgin Galactic unveiled its SpaceShip III spaceplane in late March, 2021. The spaceplane will undergo its own flight test program.

Branson’s July 11 flight showed off the interior of SpaceShipTwo. Aluminum and carbon-fiber seats are individually sized and the fabric was created by Under Armour (UAA), which also designed Virgin Galactic’s spacesuits. A large mirror in the back of the cabin allows astronauts to see themselves weightless during flight. The cabin also features 17 windows and 16 cameras.

While Branson’s flight landed safely, the Federal Aviation Administration opened a probe in September into the July 11 flight for veering off its projected flight path during descent. The flight also included two pilots and three crew members.

“Our test flight program is specifically designed to continually improve our processes and procedures. The updates to our airspace and real-time mission notification protocols will strengthen our preparations as we move closer to the commercial launch of our spaceflight experience,” CEO Michael Colglazier said in a release.

While making strides in commercial space tourism, the company has also been busy racking up deals with NASA. In June 2020, Virgin announced an agreement with the space agency to create an astronaut training program. SPCE stock jumped on the news.

Under the deal, the company will “develop a new private orbital astronaut readiness program” for customers looking to go to the International Space Station. Virgin also will find customers that want to buy astronaut missions to the station, book transportation to the ISS and perform on-orbit and ground resources tasks.

Then in May 2020, Virgin Galactic announced a separate deal with NASA to help develop a sustainable high-Mach supersonic aircraft.

NASA, which also performs aeronautics research, has been working on a high-Mach flight, one that doesn’t produce a sonic boom, under its Supersonic X-59 program with Lockheed Martin (LMT) Skunk Works. Such technology could make supersonic passenger service more feasible.

Virgin Galactic is eyeing that potential market too. It signed a memorandum of understanding with Rolls-Royce in 2020 to collaborate in designing and developing engine propulsion technology for Mach 3 commercial aircraft. Rolls-Royce built the engine for the Concorde, which flew at Mach 2.

The Rolls-Royce announcement included an initial design concept of the aircraft, which could carry nine to 19 passengers and fly at an altitude above 60,000 feet. Management has said that a Mach 3 aircraft has the potential for travelers to do a round trip in one day between 85% of the most frequently traveled global city pairs.

Is SPCE Stock A Buy?

While IBD typically advises investors to focus on companies with strong earnings growth, newly public companies can also merit attention if they show strong revenue growth. Virgin Galactic, however, has neither.

While it has NASA contracts under its belt and its powered test flight reached space, commercial service has been delayed until Q4 2022. SPCE stock is not in buy range.

Bottom line: Virgin Galactic stock is not a buy under CAN SLIM criteria and it is not in a buy zone.

Investors can check out IBD Stock Lists and other IBD content to find dozens of the best stocks to buy or watch.

Is It Time To Buy Or Sell These Large-Cap Stocks?