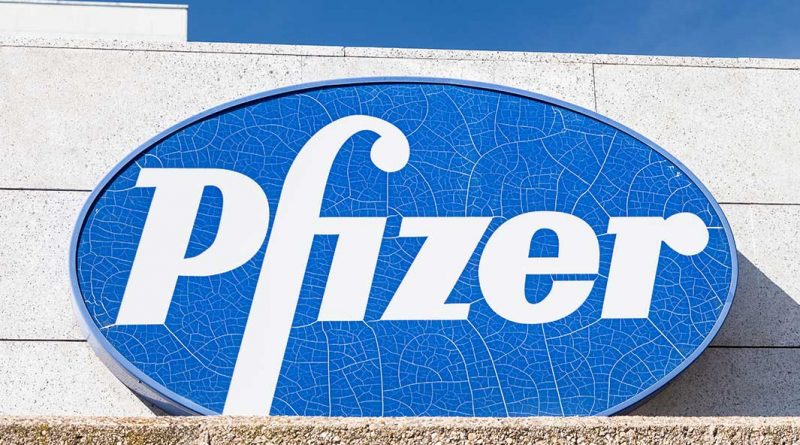 
Pfizer stock ran up in December after the company said a booster shot of its Covid vaccine leads to a strong increase in omicron-blocking antibodies.


Experts correctly feared that the mutated spike protein in the omicron variant would result in a reduced immune response to the Pfizer (PFE) and BioNTech (BNTX) vaccine. But a third shot six months after the second led to an increase in virus-targeting antibodies.

Following that news, the Food and Drug Administration authorized the booster shot for people age 16 and older. But Pfizer recently said results from studies in children under the age of 5 will be delayed until the first half of 2022. Now, the company is testing a three-dose primary series.

Shares later slipped in December as the FDA reportedly considered Pfizer’s antiviral pills, a two-medicine regimen called Paxlovid, for emergency use. A report suggested the FDA could allow emergency use of Paxlovid and a rival Merck (MRK) pill as early as this week.

The Pfizer regimen lowered the risk of hospitalization by 89% when patients started treatment in the first three days of symptoms appearing. None of the Paxlovid recipients died. In comparison, Merck’s Ridgeback Biotherapeutics-partnered pill led to a 30% drop in hospitalization and death.

Pfizer is also in the process of acquiring Arena Pharmaceuticals (ARNA) for $6.7 billion. Arena is working on treatments for immuno-inflammatory diseases.

In the third quarter, adjusted Pfizer earnings were $1.34 per share, soaring 129% vs. the year-ago period. Sales rocketed 134% to $24.09 billion. Both measures beat forecasts.

The company’s Covid vaccine brought in $12.98 billion in sales.

Revenue from blood thinner Eliquis, breast cancer drug Ibrance and pneumonia vaccine Prevnar all lagged forecasts, according to one analyst. Prevnar sales declined 6% to $1.35 billion. But Eliquis sales grew 21% to $1.35 billion and Ibrance sales ticked up 2% to $1.38 billion.

Bearishly, sales of inflammatory drug Xeljanz slipped 7% to $610 million. The FDA recently said Pfizer and some of its competitors would have to add warnings to the labels for Xeljanz and other drugs in their class. Testing shows patients taking these medicines have a heightened risk of blood clots, heart-related events, cancer or death.

Meanwhile, Chantix sales crashed 97% to $7 million after Pfizer recalled the medicine due to a higher-than-acceptable level of a possible cancer-causing substance.

Overall, total third-quarter growth lined up with CAN SLIM rules for investing. Investors are encouraged to seek stocks with 20%-25% recent sales and earnings growth. But excluding the impact of the Covid vaccine, sales grew just 7% operationally.

Big institutional investors — who account for up to 70% of all market trades — usually look for stocks with accelerating earnings and sales growth.

That trend is expected to continue in the fourth quarter. Analysts polled by FactSet call for adjusted income of 88 cents a share and $24.2 billion in sales, up a respective 110% and 107%.

Xeljanz, which is facing scrutiny for a recent post-marketing study, generated $2.44 billion, rising 9%. Vyndaqel and Vyndamax, which treat a condition that can cause heart failure, brought in $1.29 billion.

For 2021, analysts surveyed by FactSet call for Pfizer to earn $4.21 a share, minus some items, up about 90%. Analysts call for sales to pop 95% to $81.61 billion. Those numbers could change, though, after Pfizer announced its plan to buy Arena.

In the third quarter, Pfizer raised its full-year outlook to $81 billion to $82 billion in sales and adjusted profit of $4.13-$4.18 per share. The company expects its Covid vaccine to bring in $36 billion in sales this year and $29 billion in 2022.

Pfizer and BioNTech are working on an omicron-specific vaccine that could launch in March, if necessary. They still plan to make 4 billion doses of their original vaccine in 2022.

The FDA and Centers for Disease Control and Prevention also said all people age 16 and older can receive Covid booster shots from Pfizer or Moderna (MRNA) six months after their second dose. Johnson & Johnson (JNJ) recipients can get their boosters two months after their one-shot vaccine.

Pfizer is also seeking full approval for its vaccine in adolescents age 12-15. As it stands, the shot is fully approved only for age 16 and older, but it’s authorized for children as young as 5. The shot for children age 5-11 is one-third the dosage given to older children, teens and adults.

Further, now that Pfizer and BioNTech are testing three doses in those age groups, the earliest vaccines for children under the age of 5 won’t be available until mid-2022.

On the antiviral side, Pfizer tested Paxlovid in unvaccinated Covid patients at risk of developing severe disease. It cut down on hospitalizations by 89% when patients started treatment within three days of symptoms beginning. No Paxlovid recipients died.

In people with a standard risk of severe disease, the regimen cut down on hospitalization by 70%. There were also no deaths among these Paxlovid recipients.

The results were better than Merck’s rival pill, molnupiravir, which reduced hospitalizations by 30%. One molnupiravir patient died. Molnupiravir also carries the risk of cancer or passing birth defects onto unborn children in pregnant women.

PFE stock topped its buy point at 51.96 out of a cup base in late November. Shares have are now well above their 5% chase zone. Bullishly, Pfizer stock remains above its 50-day moving average and 200-day line, according to MarketSmith.com.

Shares of Pfizer have a Composite Rating of 99. The measure weighs a stock’s key growth metrics against all other stocks. Leading stocks tend to have CRs of 95 or better, according to IBD Digital.

Pfizer stock also has a Relative Strength Rating of 97 out of a best-possible 99. The RS Rating measures a stock’s 12-month running performance against all other stocks. That RS Rating means Pfizer stock ranks in the top 3% of all stocks in terms of performance.

The pharmaceutical company’s EPS Rating, a measure of profitability, is a 80 out of a best-possible 99. The EPS Rating compares a stock’s recent and longer-term earnings growth against all other stocks.

So, Is PFE Stock A Buy Right Now?

Based on CAN SLIM rules of investing, PFE stock isn’t a buy right now. Shares are now above their 5% chase zone. Investors are encouraged to buy a stock when it rises above and is within 5% of its entry. In this case, that zone runs from 51.96-54.56.

The company is expected to report bullish growth in the fourth quarter, putting it in line with CAN SLIM advice. But that will mostly come on the back of its Covid vaccine.

It’s important to keep tabs on how Pfizer stock performs as it develops a coronavirus vaccine with BioNTech. Results appear promising so far, but it will be important to see how the company deals with the growing prevalence of the delta and omicron variants.