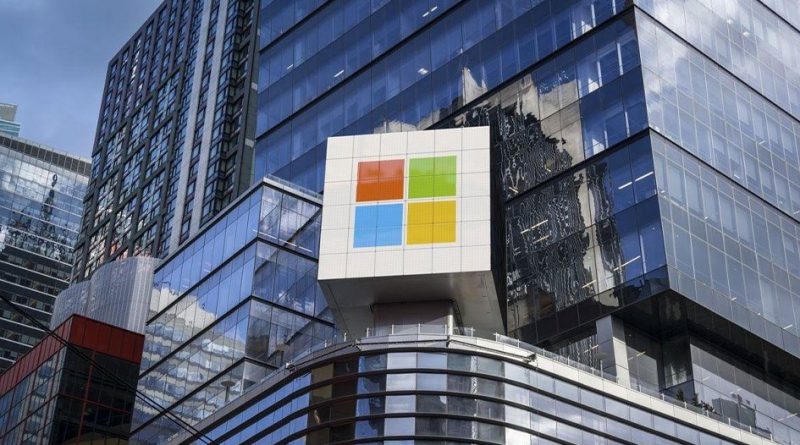 
Software giant Microsoft (MSFT) has earned plaudits for its successful pivot from desktop computing to cloud computing. And MSFT stock has risen as a result. Many investors may be wondering: Is Microsoft stock a buy right now?

Microsoft lately has been promoting the metaverse, an immersive, next-generation version of the internet. It currently makes HoloLens mixed-reality headsets for remote collaboration.

At the Microsoft’s Ignite 2021 online event on Nov. 2, Microsoft showed off its latest innovations for the corporate metaverse. They include Dynamics 365 Connected Spaces and Mesh for Microsoft Teams. Microsoft stock rose 1.1% after the announcements.

On Aug. 19, Microsoft announced the first price increases for its Microsoft 365 and Office 365 commercial cloud product suites. Microsoft stock surged 4.7% over two days on the news.

On July 14, Microsoft unveiled Windows 365, a service that brings its Windows operating system to the cloud. The commercial service streams the full Windows experience, including apps, data and settings, to PCs and other devices. It also creates a new hybrid personal computing category called Cloud PC, the company said. MSFT stock advanced 0.5% that day.

Windows 11 features a refreshed design with a new user interface and Start menu. It also provides PC performance improvements and integrates the Teams videoconferencing app. Windows 11 is the successor to Windows 10, which came out in July 2015. Microsoft released Windows 11 on Oct. 5.

In other news, Microsoft is working to close its $19.7 billion acquisition Nuance Communications (NUAN). The acquisition of Nuance will give Microsoft more heft in the health-care sector.

On July 6, the U.S. Department of Defense canceled a major cloud-computing contract that it awarded to Microsoft in October 2019. Microsoft beat out heavily favored Amazon.com (AMZN) to win the contract known as JEDI, or Joint Enterprise Defense Infrastructure. But Amazon contested the $10 billion contract award in court and delayed its implementation.

The Pentagon now plans to open a new contract, the Joint Warfighter Cloud Capability, to competition. The agency says it will solicit bids from both Amazon and Microsoft for the contract.

Meanwhile, Microsoft is protesting the award of a $10 billion cloud contract to Amazon by the the U.S. National Security Agency. That NSA contract is codenamed WildAndStormy, according to media reports. Microsoft filed an administrative protest via the Government Accountability Office about the contract.

Amazon.com’s Amazon Web Services is the world’s largest provider of cloud infrastructure services. In the third quarter, AWS had 32% market share, according to research firm Canalys. Microsoft was in second place with 21% market share.

Late Oct. 26, Microsoft delivered a beat-and-raise report for its fiscal first quarter ended Sept. 30. Microsoft stock jumped 4.2% on the news the next day.

Microsoft has seen growth in digital transformation efforts by enterprise customers during the Covid-19 pandemic.

The next potential catalyst for Microsoft stock is the company’s fiscal second-quarter report on Jan. 25. Analysts expect Microsoft to earn $2.31 a share on sales of $50.6 billion in the December quarter, according to FactSet. That would translate to year-over-year growth of 14% in earnings and 17% in sales.

On Oct. 18, Microsoft stock hit a buy point of 305.94 out of a flat base, according to IBD MarketSmith charts.

That breakout followed a June 21 breakout when Microsoft stock hit a buy point of 263.29 out of a cup base.

Microsoft stock has a decent IBD Relative Strength Rating of 85 out of 99. The best growth stocks typically have RS Ratings of at least 80. The Relative Strength rating shows how a stock’s price performance stacks up against all other stocks over the last 52 weeks.

Microsoft stock is on IBD’s Leaderboard list. It also is in the IBD Long-Term Leaders Portfolio.

Plus, Microsoft ranked first on IBD’s list of ESG stocks for investors investors focused on environmental, social and governance issues.

Microsoft stock is not a buy right now, but it soon could be. MSFT stock has formed a flat base with a buy point of 349.77, according to MarketSmith charts. However, it is trading near the bottom of its new base. Microsoft stock ended the regular session on Jan. 14 at 310.20.

In a negative sign, MSFT stock is trading beneath its 50-day moving average line.

Keep an eye on the overall stock market. If the market turns south, don’t try to fight the general stock market direction.

Join IBD Live For Stock Ideas Each Morning Before The Open