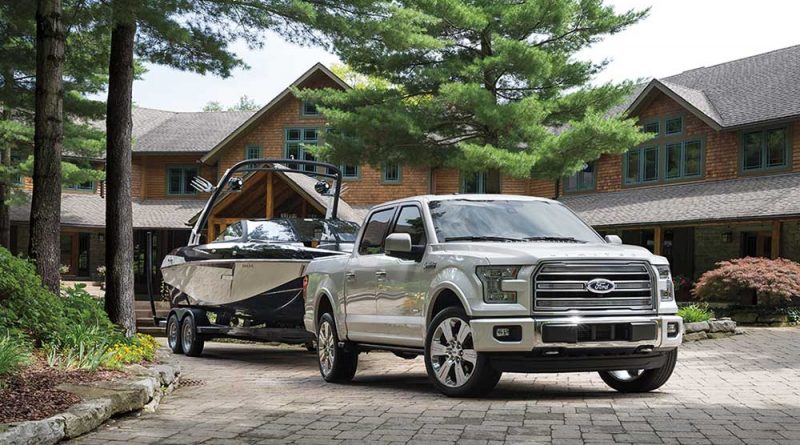 
Ford Motor (F) began the new decade with optimism as it emerged from a fundamental corporate redesign to compete in the era of smart vehicles and clean energy. The automaker is investing heavily in new technologies to keep pace with competitors in the markets for autonomous vehicles, ride sharing and electric cars. But is Ford stock a buy now?


The unveiling of the Mustang Mach-E in November 2019 was a key milestone in the company’s pivot toward what it called “the digital future.” The Ford Mustang Mach-E, an all-electric crossover, made its commercial debut in the U.S. in late 2020. Ford is beginning production of the Mach-E, a competitor to the Tesla (TSLA) Model Y, in China as well. And Ford didn’t stop at electrification with a crossover — it now has an electric version of the F-150 coming in early 2022.

After a prolonged downtrend, Ford stock started kicking things into high gear in 2020. But where does Ford stand now? If you’re thinking about buying shares, it’s key to analyze the fundamental and technical picture first.

The first deliveries of the Mustang Mach-E in China helped lift Ford stock to a 3% gain on Dec. 27. Earlier in December, Ford announced plans to beef up its output of the popular SUV. In addition to its Asia production, the automaker plans to produce more than 200,000 units per year by 2023 for North America and Europe, CEO Jim Farley revealed in a Friday tweet. That’s up from 50,000 electric crossovers in 2021.

Ford stock shot up roughly 10% on the news. Overall, Ford is up more than 140% for the year as the automaker makes an aggressive move into EV production. That shift has been favored by both investors and consumers. On Dec. 9, the automaker had to close reservations for its F-150 Lightning electric truck because of overwhelming demand. The company is also reportedly delaying the launch of its electric Explorer SUV model until 2024 to focus on Mach-E production.

Ford’s monthly auto sales continued to climb in November. Overall U.S. sales came in at 158,793 vehicles, up 6% vs. last year. SUV sales hit their highest October levels in 21 years, according to the automaker. SUV retail sales were up 21% vs. a year ago, hitting a new monthly record on the strength of the popular Bronco model. Ford remained the top-selling U.S. automaker for the third month in a row. Ford stock rose on the news.

Ford announced on Nov. 19 it’s dropping plans to jointly produce a vehicle with EV maker Rivian (RIVN). Both automakers will instead focus on developing their own electric-vehicle projects. Ford stock bounced alongside the news.

Despite the change of plans, Ford remains an investor in the hot EV startup. Ford invested roughly half-a-billion dollars in the Irvine-based EV company in 2019. That deal generated a financial windfall for Ford after the blockbuster Rivian IPO debut on Nov. 10. But the Detroit automaker has also pivoted focus to its own EV lineup since inking that agreement.

Ford has entered the chipmaking business. The automaker on Nov. 18 announced a partnership with U.S.-based GlobalFoundries (GFS) to produce semiconductors. The move comes as more carmakers look to gain control over an erratic chip supply that has hamstrung the auto industry over the course of the pandemic. After an initial gain, Ford stock reversed lower as auto stocks generally retreated.

Details have yet to emerge on the Ford-GlobalFoundries agreement. Rival GM is also considering collaborating with semiconductor manufacturers to bring more chipmaking back to U.S. soil.

Ford blew away estimates in its Q3 earnings report on Oct. 27. The automaker recorded adjusted earnings of 51 cents per share, almost doubling Wall Street projections. Revenue totals clocked in at $35.7 billion. That number was down moderately from the same quarter a year ago due to ongoing chip shortages affecting the auto industry. Ford stock rose roughly 5% in after-hours trading.

Executives also raised Ford’s adjusted EBIT to between $10.5 billion and $11.5 billion for the full year.

To determine whether Ford stock is a buy now, fundamental and technical analysis is key.

The IBD Stock Checkup tool shows Ford stock has an IBD Composite Rating of 86 out of a best-possible 99. The rating means Ford stock ranks relatively well vs. all stocks, but not outstanding, in terms of the most important fundamental and technical stock-picking criteria.

Ford stock has an EPS Rating of 37 out of 99; the rating compares quarterly and annual earnings-per-share growth with all other stocks. Ford has a spotty earnings track record, with many quarters of earnings declines over the past decade. But forward-looking estimates are pointing to growth.

The rankings place the carmaker in the No. 5 spot vs. its automotive industry peers. IBD’s automaker group is ranked a powerful No. 9 out of the 197 industry groups tracked by IBD. In general, it’s ideal to focus on top stocks in the top quartile of IBD’s groups. The automaker group has improved from a near-worst ranking just months ago to join the top 15.

Ford stock powered out of a cup base with a strong earnings gap-up on Oct. 28. Shares shot up as much as 13% before settling into the lower range of the price bar. Still, Ford ended up gaining 8.7% on that day, with heavy volume behind the move. With the stock extending its gains since, shares are now well extended from that cup base buy zone.

In fact, shares hit the 20%-25% profit-taking zone and triggered the eight-week hold rule on Nov. 8. Such powerful moves tell you the stock has a big chance to become an outstanding winner and that it deserves more leeway.

Ford stock has largely moved sideways since hitting that profit-taking zone in early November. Ford made another powerful move on Dec. 10 after the automaker announced plans to triple output of its popular electric Mustang. Shares popped 10%, clearing a tight price area with an add-on entry above 20 for existing shareholders. Ford stock moved higher again on Dec. 27 after the first deliveries of the Mustang Mach-E arrived in China and remains within striking distance of its 10-week line as it rebounds from that level.

Ford’s relative strength line — which measures a stock’s price performance vs. the S&P 500 — is near all-time highs.

IBD’s research shows the importance of focusing on stocks outperforming the market.

On a monthly chart, Ford stock is breaking above its long-term downtrend going back to 1999. Looking at the weekly chart, shares have made a big move off 2020 lows. Ford stock has made a big run since reporting earnings.

Bottom line: Ford stock is a buy now. Shares are presenting a follow-on entry as they continue to rebound off the 10-week line. That’s an opportunity for existing shareholders with a lot of conviction to add to their positions. Since Ford is about 5% above the 10-week line, investors are able to appropriately manage their risk with this trade. A decisive close below the 10-week line on a weekly basis would be a signal to sell those add-on shares.

Though Ford stock triggered the eight-week hold rule on Nov. 8, investors who bought at the 16.55 breakout could have opted to take partial profits as shares hit the 20%-to-25% profit zone.

To find the best stocks to buy and watch, check out IBD’s Stock Lists page. More stock ideas can be found on our Leaderboard and MarketSmith platforms.