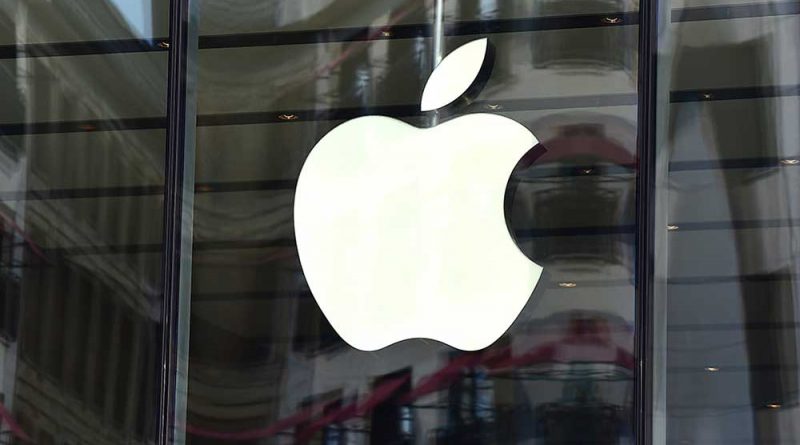 
Apple (AAPL) on Monday became the first company to reach a market capitalization of $3 trillion. But with Apple stock in record high territory, many investors are wondering if AAPL stock is a buy right now.

The milestone is mostly symbolic but it shows that investors are bullish on prospects for Apple stock.

In August 2020, Apple became the first company to reach a market cap of $2 trillion. Microsoft (MSFT) hit the $2 trillion milestone in June 2021. And Google parent Alphabet (GOOGL) followed in November.

Apple cleared a market value of $1 trillion back in August 2018.

Apple has been an American success story several times over. First, it ignited the personal computer revolution in the 1970s with the Apple II. Then it reinvented the PC in the 1980s with the Macintosh.

Co-founder Steve Jobs returned to run Apple in 1997 and oversaw a winning streak of innovations that included the iMac, iPod, iTunes, iPhone, iPad and the App Store.

The biggest driver of Apple’s modern success is the iPhone. The game-changing smartphone, which debuted in 2007, sparked years of massive growth and created a loyal base of customers willing to buy Apple products and services.

But iPhone sales have slowed as users hold on to their handsets for longer periods between upgrades. However, the company is in the midst of a major upgrade cycle with its 5G iPhones.

At the September event, Apple also announced the Apple Watch Series 7 smartwatches and new iPad tablets. However, investors were unimpressed with the news. Apple stock fell 1% after the event.

The iPhone 13 series went on sale on Sept. 24 and the initial response has been positive.

With the iPhone business maturing, investors are wondering what the next big growth driver will be for Apple stock.

Lately, two businesses have given Apple’s sales and profits a boost: services and wearables.

Meanwhile, Apple is facing antitrust scrutiny in the U.S. and Europe for its App Store policies, including its 30% commission fee. In November 2020, Apple cut its commission rate to 15% for small developers, possibly to appease regulators. But Apple stock trended down in the days after that news.

On April 30, the antitrust commission of the European Union issued preliminary charges against Apple in a case initiated by a complaint from Spotify Technology (SPOT). The European Commission accused Apple of abusing its dominant position in the distribution of apps through its App Store. Apple stock fell 1.5% on the news.

In late August and early September, Apple announced changes to its App Store policies in response to legal challenges in the U.S. and Japan.

On Sept. 10, a U.S. District Court judge ruled that Apple’s anti-steering policies are anti-competitive. The judge issued an injunction barring Apple from prohibiting developers from including in their apps external links or other means of directing customers to alternative payment methods outside of the App Store. Apple has appealed the ruling. The initial court ruling drove Apple stock down 3.3%.

Apple Car Rumors On The Rise

Meanwhile, speculation has risen that Apple is looking to make a self-driving electric car. Those rumors picked up steam in January 2020 when Hyundai reported early discussions with Apple about a car partnership. Apple also has held talks with Nissan and other automakers, according to news reports.

However, in a setback, Ford Motor (F) hired away the head of the Apple car project, Doug Field, in early September, Bloomberg reported.

But the Apple car rumors haven’t done much to lift Apple stock.

In the September quarter, iPhone revenue jumped 47% year over year to $38.9 billion. Apple’s iPhone business accounted for 46.6% of total revenue in the period.

Component shortages and factory shutdowns from the Covid pandemic cost Apple $6 billion in potential sales in the September quarter, Chief Executive Tim Cook said. And the impact could be greater in the December quarter, he warned.

The next possible catalyst for Apple stock could be the company’s December-quarter report, due out in late January.

On June 30, Apple stock hit a buy point of 137.17 out of a cup base, according to a daily chart on IBD MarketSmith.

On July 9, AAPL stock reached an additional buy point of 145.19. That’s when it broke out of a 23-week consolidation period, based on a weekly MarketSmith chart.

On Nov. 17, Apple stock broke out of a cup-with-handle base at a buy point of 153.26, MarketSmith charts show.

Apple stock is not a buy right now. It is currently extended beyond the 5% buy zone of its recent breakout.

AAPL stock needs to form a new base in the right market conditions before setting its next potential buy point. Check out IBD’s Big Picture column for the current market direction.

Keep an eye on the overall stock market. If the market turns south, don’t try to fight the general stock market direction.

To find the best stocks to buy and watch, check out IBD’s Stock Lists page. More stock ideas can be found on IBD’s Leaderboard, MarketSmith and SwingTrader platforms.

Get Stock Ideas From IBD Experts Each Morning Before The Open