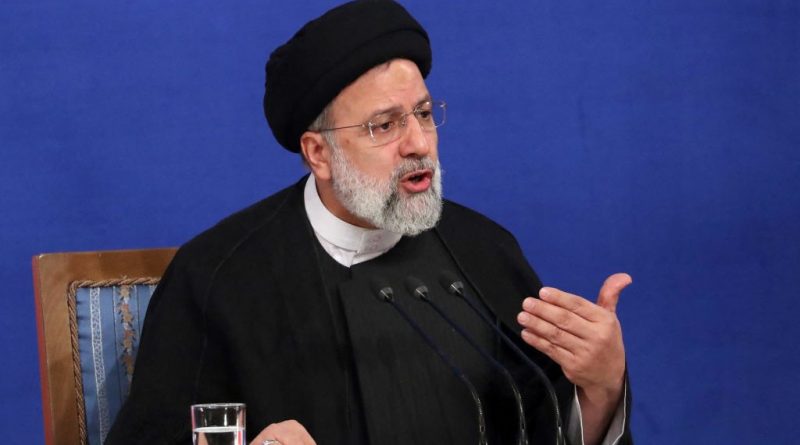 
Iran remains committed to developing a working nuclear weapon. The U.S. needs to be equally committed to preventing one.

Iranian policymakers grow more and more transparent: Tehran is not posturing through threats of developing a nuclear weapon; it wants an actual, working nuclear weapon to “strengthen [its] deterrent forces.”

Such a strategy is perfectly logical from Iran’s perspective. For Tehran, its single, overriding priority—more than its influence in the Middle East or its domestic economy—is the survival of the regime itself. As it struggles to suppress the internal threat of thousands of brave women protesting its brutality and subjugation, Tehran views a nuclear weapon as providing the best deterrent to ensure its survival against external threats.

Some experts suggest that some Iranian leaders may think they can achieve Tehran’s deterrence goals, and pressure the west, by stopping just short of a working nuclear weapon. This is backwards. Such a moment would not be one of maximum leverage for Iran, but of maximum danger. It would be when Iran’s enemies would be most likely to launch a militarily strike against its nuclear weapons program, unwilling to risk Iran rushing to complete development of the weapon.

Other analysts argue that Tehran does not actually want a nuclear weapon because Iran has wielded its conventional weapons capabilities and proxies effectively to deter its adversaries. This might be true in the case of Saudi Arabia and the United Arab Emirates, both of which have recently sought to enhance cold but improving diplomatic relations with Iran.

But it’s not the case for Israel—which remains embroiled in a lengthy “shadow war” with Iran. A former senior Israeli military official told me last month, “Israel can handle anything [conventional], but not a nuclear weapon.”

Good modeling shows Iranian nuclear weapons capability would have limited “military and strategic value” compared to Israel’s. But Tehran’s objective in having a nuclear weapon is to deter Israel from attacking in the first place, not to match Israel’s lethality.

Iran’s view that a nuclear weapon is necessary for its long-term deterrence also helps to explain why sanctions fail to compel meaningful changes in its behavior. Sanctions are an important tool of U.S. policy toward Iran and absent an agreement to halt its nuclear program, sanctions should continue as a means of pressuring Tehran.

But those in Washington who think that economic pressure stemming from sanctions alone could eventually bring down the regime—or convince it to give up its nuclear weapons program—are engaged in wishful thinking; it’s a strategy destined to fail as it did during the maximum pressure campaign.

A new U.S. strategy toward Iran is needed. For almost a decade now, the strategy under Presidents Obama, Trump, and now Biden—and debate in Washington over Iran more generally—has revolved around the 2015 Joint Comprehensive Plan of Action (JCPOA), being for it or against it. I was for it.

But with the growing likelihood that the JCPOA will end, a new holistic strategy toward Iran is urgently required. Understanding that Tehran truly does want a nuclear weapon, addressing the threat its proxies and conventional weapons pose to US regional allies, and formulating a meaningful response to the protests—should be the three pillars upon which such a strategy is developed.

Diplomatically, post-JCPOA, Tehran will have no interest in engaging. Therefore, the US should work with allies across the globe to stitch together a new package to compel Iran to dismantle, not delay, its nuclear program. Such an effort should focus not on economic incentives—though they should be included—but rather on convincing Iran that retaining its nuclear program is more likely to imperil the regime’s survival, than to ensure it.

That means that diplomatic efforts need to be concurrently backed by a clear and credible military threat. President Biden has been explicit that he will not allow Iran to acquire a nuclear weapon. Those words cannot be hollow rhetoric—an empty promise that would jeopardize America’s own global deterrence.

To this end, the U.S. should begin yearly joint military exercises with Israel simulating a strike on Iran in which the US not only provides refueling capability, but deploys U.S. fighter jets. Washington should work with regional allies to “update” their defenses against drone and missile attacks, as others have suggested. And President Biden should publicly seek, in the next budget cycle, additional funding to speed research and development of next-generation military hardware capable of destroying, not just diminishing, Iran’s nuclear program.

The views expressed in this publication are the author’s and do not imply endorsement by the Office of the Director of National Intelligence, the Intelligence Community, or any other U.S. Government agency.