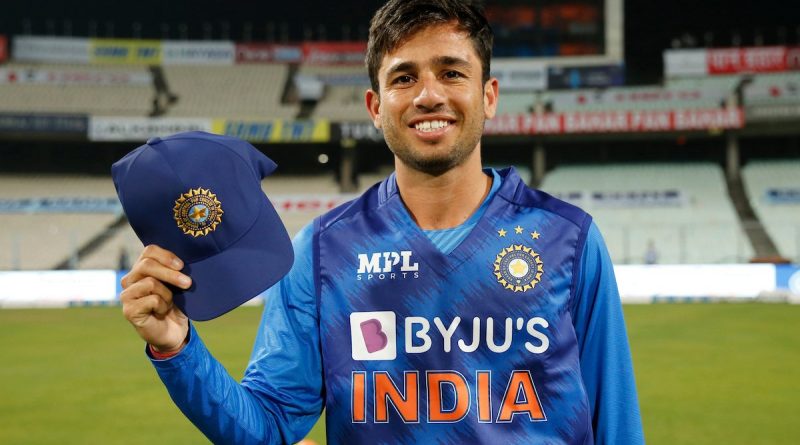 Lucknow Super Giants leg-spinner Ravi Bishnoi hopes to turn his gamestyle into a spin-bowling all-rounder in the future.

Bishnoi rose to prominence from his U19 World Cup days, ending as the leading wicket-taker of the 2020 U19 WC with 17 wickets in six matches.

Bishnoi’s brilliance of bowling economically and blocking runs in the middle overs earned him a draft signing with LSG for INR 4 crore. He was one of three initial signings of the Sanjiv Goenka-led RPSG-owned team.

Will try my best to be a match-winner with the bat: Ravi Bishnoi

Bishnoi bats usually in the lower batting order (9-11) and has 61 runs in 13 T20 innings. The youngster intends to enhance his batting skills and contribute runs for the team.

“Absolutely! I would like to see myself in such a role (spin bowling all-rounder) in the near future. I’m working very hard on my batting and will try my best to be a match-winner with the bat.

“Even if I can contribute 10 runs to a winning cause, I’ll be satisfied with my performance. I’m focused on improving my batting,” Bishnoi told Sportskeeda.

Bishnoi also appreciated LSG mentor Gautam Gambhir for the input on his game. The leg-spinner said Gambhir was a bowler’s captain.

“GG (Gautam Gambhir) sir was indeed a bowler’s captain during his playing days, and he supports the bowlers a lot even now.

“He always tells me to bowl aggressively because a team wins only when the bowlers have a wicket-taking mentality,” the 21-year-old said.

LSG are currently placed second in the table with 16 points in 12 games and winning in their remaining two fixtures will secure them a berth in IPL 2022 playoffs.

The KL Rahul-led side face Rajasthan Royals in a high-octane clash on Sunday (May 15) at the Brabourne Stadium.