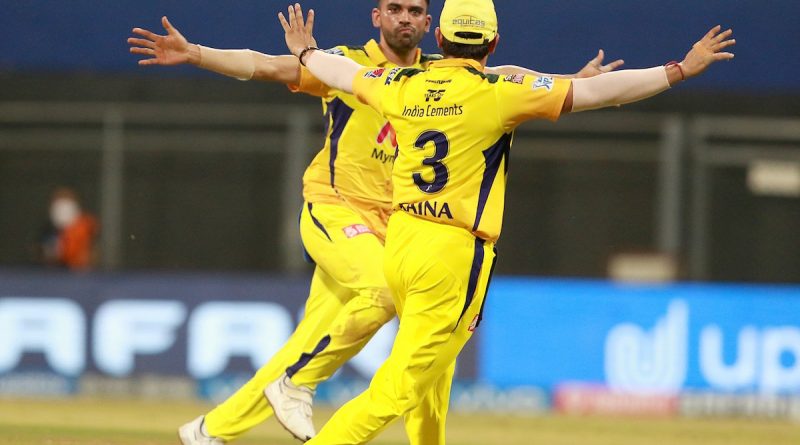 The Chennai Super Kings (CSK) received disheartening news amidst a struggling campaign in the ongoing IPL 2022, as their star pacer and INR 14 crores buy in the auction recently, Deepak Chahar was reportedly ruled out of the entire tournament and for three months due to a back injury.

Chahar was ruled out of the first half of the season owing to a quadriceps injury that he incurred during the T20I series against the West Indies. While he was slated for a return in late April, Chahar incurred a fresh injury in his back during his rehabilitation process at the NCA.

As per physios at the academy, Chahar has an L5 injury that will take some time to heal and he has been advised a few weeks before returning to continue his rehab for the injuries.

Chennai Super Kings (CSK) recently registered their first win in the ongoing IPL 2022 as they defeated Royal Challengers Bangalore, before losing their first four encounters in the tournament. They would have been bolstered in the second half of the tournament had Chahar gotten fit by that time.

But now with Chahar ruled out of the tournament, it is upto the defending Indian Premier League champions to look out for a replacement and thus far, they have found no Indian pacer who can replace the Rajasthani fast bowler, as per CSK CEO Kasi Viswanathan.

“We have left it to the team management and they have not come back to us so far. We do not find an Indian bowler of Deepak’s caliber,” franchise CEO Viswanathan said to Cricbuzz.

Cricbuzz had reported that a couple of options in Ishant Sharma and Dhawal Kulkarni were looked at, if not exactly considered. But their records didn’t match upto Chahar’s, especially in the powerplay overs where he has picked 32 wickets in the powerplay at an economy rate of 7.69.

A BCCI official has said Chahar will not lose out on his IPL revenue despite the fact that he will not be playing a game in the season.

“The BCCI has insured IPL contracts of all the players and it has also been paying the premium. Deepak will recover most if not entire Rs 14 crore from insurance,” the official said.