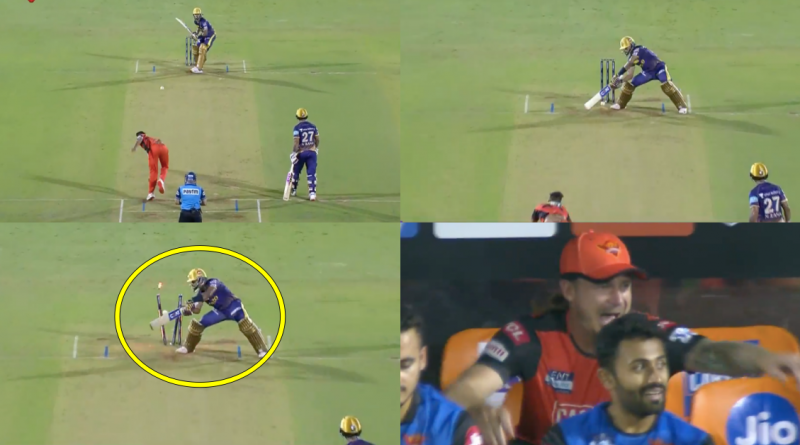 
Shreyas Iyer’s average season with the bat continued for Kolkata Knight Riders as he got yorked out to Umran Malik against Sunrisers Hyderabad here on Friday.

Umran Malik set up Shreyas Iyer by bowling a good bouncer prior to bowling it extremely full to get his first wicket of the match.

Kolkata Knight Riders In a Spot Of Bother At 70-4

Earlier in the day Kane Williamson won the toss and chose to bowl first on what seemed to be a good deck for bowling. SRH bowlers started brilliantly as Marco Jansen got Aaron Finch for a low score. Then T Natarajan got in and two wickets in over to get rid of Venkatesh Iyer and Sunil Narine.

Shreyas Iyer and Nitish Rana then tried to reconstruct the innings, they were doing well until Umran Malik came for his 2nd spell.

Shreyas Iyer tried to take on Umran Malik in his usual style. First, he tried to uppercut him on a bouncer by moving on the crease and on the next ball he tried the same shot but this time Malik bowled it fuller and Iyer missed it completely.

Being the captain, KKR management would have hoped that Iyer would take more responsibility but unfortunately for them, KKR has not looked in the best of forms. At times he has looked in a hurry to score quickly. This is in complete contrast to how he played in the T20 international series against Sri Lanka earlier this year. He wasn’t dismissed even once in that series.

KKR would hope that their captain finds some kind of rhythm going forward in the league.