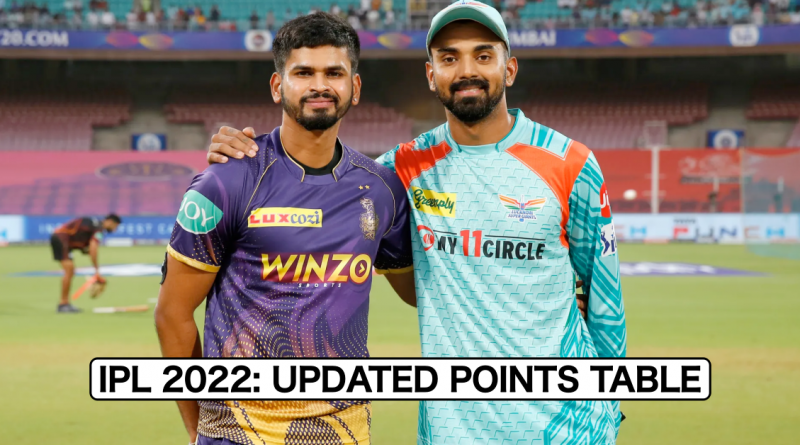 Earlier, Lucknow Super Giants won the toss and opted to bat first in the match and they made three huge changes to the playing XI as all-rounder Krunal Pandya, pacer Dushmantha Chameera and batter Ayush Badoni were replaced by Krishnappa Gowtham, Evin Lewis and Manan Vohra in the team.

On the other hand, Kolkata Knight Riders made just one change as Ajinkya Rahane was replaced by Abhijeet Tomar in the team.

Rahul and De Kock completed a half-century opening partnership in 44 balls and after 10 overs Lucknow Super Giants were at 83/0. Quinton de Kock reached his 50 off 36 balls, including 4 fours and 2 sixes.

KL Rahul scored his half-century off 41 balls, including 2 fours and 3 sixes, and he also completed 500 runs in the IPL 2022. This was Rahul’s 5th consecutive season with 500+ runs.

Also, several records were created during this sensational batting performance by the LSG openers. This was the highest ever opening stand in the history of the IPL and this was the first time a team had batted the entire 20 overs in the IPL without losing a wicket. The 210-run partnership between De Kock and Rahul was the 3rd highest partnership in the IPL and De Kock’s 140* was the 3rd highest individual score in the IPL.

Chasing the target, KKR lost quick wickets of Venkatesh Iyer and Abhijeet Tomar. Nitish Rana and Shreyas Iyer added 56 runs together before the former was dismissed by Krishnappa Gowtham in the 8th over.

In the end, Rinku Singh and Sunil Narine played extraordinary knocks and it looked like KKR will bag a win but somehow LSG all-rounder Marcus Stoinis was able to defend the total and KKR were restricted at 208/8.

LSG captain KL Rahul retained his No.2 spot on the orange cap list and wicketkeeper-batsman Quinton de Kock’s knock helped him climb to the No.3 spot. Jos Buttler is still at the top of the list.