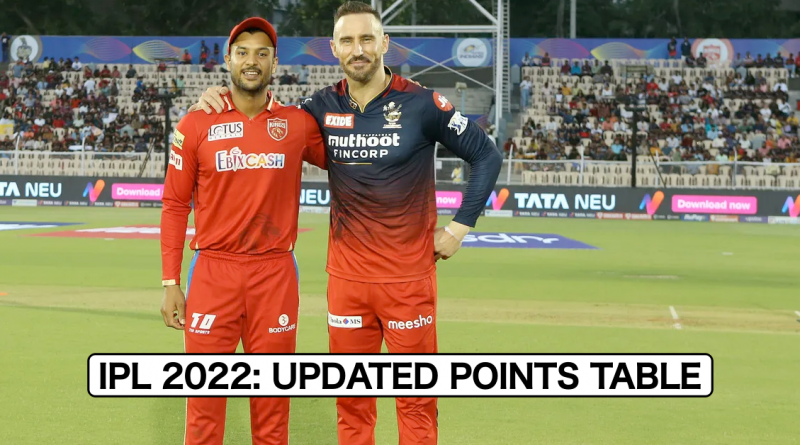 It was an important game for Punjab Kings in the context of IPL 2022 as they had to win anyhow to remain in contention of a spot in the playoffs.

They did just that as they beat Royal Challengers Bangalore by 54 runs.

Earlier in the day Faf du Plessis won the toss and elected to field but his decision to bowl proved costly as PBKS made 83 runs in the powerplay. Jonny Bairstow was ultra-aggressive as he made a half-century in just 21 balls. PBKS were going great guns but as it has happened so many times in the tournament, they lost the momentum in the middle overs. But this time Liam Livingstone played till the last over and his 70 off 40 balls ensured PBKS posted 209 runs on the board.

RCB started decently in their chase, as they raced to 30 off 3 overs but then they lost 3 quick wickets inside the powerplay and lost their way. Glenn Maxwell and Rajat Patidar put up a decent partnership but Rahul Chahar dismissed Patidar and soon Maxwell too followed him in the dug-out. In the end, RCB lost the game by 54 runs.

RCB are still at the 4th spot on the points table but with this big loss they can be in trouble even if they win their last game as there could still be 3 or more teams with 16 points at the end of the league stage. They net run rate was already in minus and now it has gone further down. While PBKS even after this win cannot rest as they need to win their remaining games as well.

Jos Buttler is still way ahead of the rest of the batters, KL Rahul sits in the 2nd spot while Shikhar Dhawan and Faf du Plessis are on the 4th and 5th spot respectively.

Wanindu Hasaranga leapfrogged Yuzvendra Chahal in the purple cap list. Both of them have the same number of wickets but Hasaranga’s economy is just a little better. Kagiso Rabada is in the 3rd spot. While Harshal Patel picked up 4 wickets and moved to the 4th spot on the table.