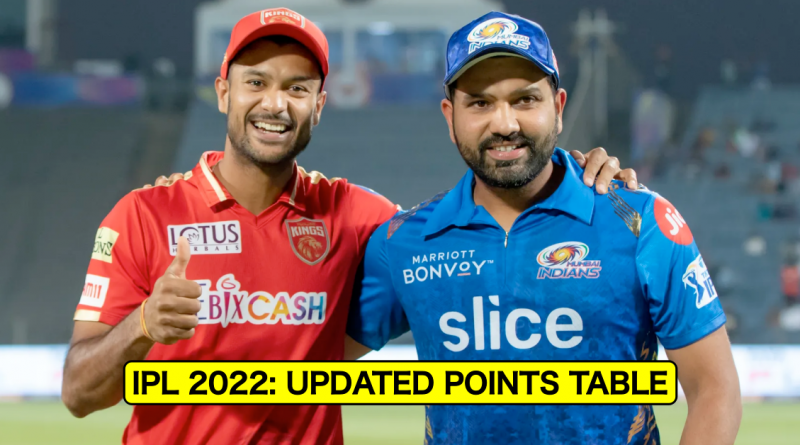 
Mumbai Indians lost their 5th straight game of the IPL 2022 as they went down by 12 runs.

Mumbai Indians needed a win desperately to remain in contention for a playoff spot in the 15th edition of the Indian Premier League. They had lost 4 games on the trot.

They were chasing a steep total and were playing with a batter short as they wanted to strengthen their bowling, but despite playing 5 specialist bowlers, they gave away 198 runs.

Earlier in the day, Rohit Sharma won the toss and put PBKS to bat.

PBKS had a great start to their innings as Mayank Agarwal scored his first fifty of the season. The first wicket partnership added 97 runs in 9.3 overs.

Punjab Kings’ kept losing wickets but Shikhar Dhawan held one end up and continued scoring at a fair rate as he scored 70 runs off 50 balls.

Jitesh Sharma’s quickfire 30 off 15 gave Punjab the much-needed impetus they needed in the end overs as they missed the 200 run mark by just 2 runs.

Mumbai Indians started well as Rohit Sharma looked in ominous touch but Kagiso Rabada got his wicket. In the very next over Vaibhav Arora picked Ishan Kishan’s wicket that putting MI on the back foot.

But young Dewald Brewis hit 4 sixes in an over to Rahul Chahar which changed the momentum of the innings completely.

Punjab Kings’ then fought back as they got Brewis out for 49 runs and got the wickets of Tilak Varma and Kieron Pollard as gifts as both of them were run out.

Suryakumar Yadav tried his best to win the game for MI but he too got out in the penultimate over when MI still needed 22 runs.

This win means Punjab Kings now have 3 wins out of the 5 games that they have played while the MI still does not have a point to their name on the table. PBKS are now sitting 3rd on the points table. Rajasthan Royals, Kolkata Knight Riders and Lucknow Super Giants are the other three sides in the top 4.

Shikar Dhawan scored 70 runs and moved to third place in the orange cap list which is still being led by Jos Buttler.

There were no significant changes in the top 5 of the purple cap list after the game.