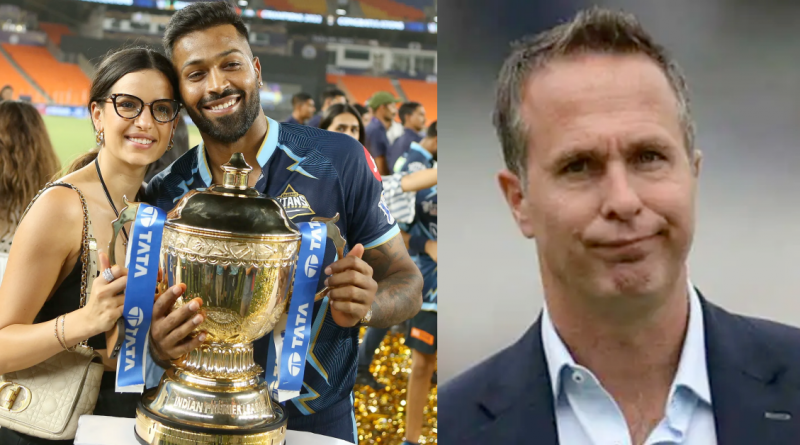 Under the leadership of Hardik Pandya, Gujarat Titans won the Indian Premier League (IPL) 2022 championship in their debut season by defeating Rajasthan Royals at the Narendra Modi Stadium, Ahmedabad.

Hardik played a pivotal role in the team’s success in the tournament and he made a significant contribution with the bat and ball. Also, he was very calm and composed as a skipper and several cricket pundits showered high praise on Hardik Pandya for his leadership skills.

In the summit clash, Hardik led from the front picking 3 huge wickets of Jos Buttler, Sanju Samson and Shimron Hetmyer and scoring crucial 34 runs to bag the Player of the Match award. He became only 3rd captain in the history of the cash-rich league after Anil Kumble and Rohit Sharma to win the Player of the Match in the IPL final.

Meanwhile, Michael Vaughan was highly impressed with the performance of Hardik Pandya and he took to Twitter to back him for India’s captaincy.

“Fantastic achievement for a new franchise … If India need a captain in a couple of years I wouldn’t look past @hardikpandya7 … Well done Gujurat,” Vaughan tweeted.

Fantastic achievement for a new franchise … If India need a captain in a couple of years I wouldn’t look past @hardikpandya7 … Well done Gujurat .. #IPL2022

Vaughan opined that Hardik has learnt a lot from his days with the Mumbai Indians (MI) to create a family-like environment for the Gujarat Titans (GT).

“Great mentality. I just wonder as captain how much he has taken from Mumbai and taken to Mumbai to create this family and this environment. They seem like they are enjoying their cricket. In t20 cricket you got to be able to play with a free mindset.

“And I reckon Hardik has grabbed quite a lot from his years in Mumbai of what they do. Mumbai and Chennai have been the best in terms of collectively looking at the players. Mumbai are probably looking and going ‘oh no, what have we done. Why did we release him?’,” Vaughan said on Cricbuzz.