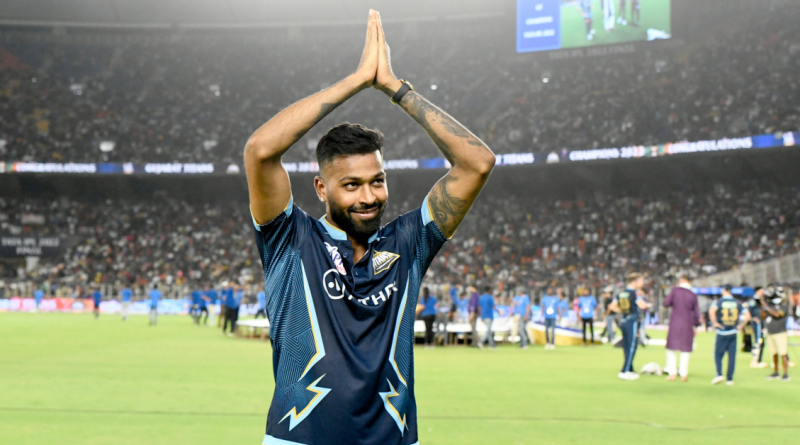 
Hardik Pandya struggled with injuries in the last 6 months. Since the T20 world cup last year Pandya played absolutely no cricket. He worked on his fitness and got back to his full fitness.

He was named the captain of Gujarat Titans, one of the new entrants in IPL. After the mega auctions earlier this year, no one gave GT a chance to qualify even for the playoffs. But the team led by Pandya not only topped the league stage but also went on to win the coveted trophy.

On the most important day of IPL 2022, the captain himself led from the front. He got three important wickets in the big final. He got the wickets of Sanju Samson, Jos Buttler and Shimron Hetmyer.

With the bat too, Hardik Pandya arrested a collapse chasing a low total. He scored a valuable 34 off 30 and almost saw his side through. Gujarat Titans became the 7th team in the history of the tournament to win the cash-rich league.

Hardik Pandya after the game his bowling said, ” I wanted to show what I had worked hard for. The second ball I bowled after getting Sanju out, I realised you could bowl that hard length.”

On his batting, he said, “I will take the trophy any day over striking at 160. My team comes first for me. Batting comes first to me, it’s been always close to my heart. When the auction finished, I knew I would have to bat at No. 4.”

Pandya finished the league at the 4th position in the orange cap list as he took on the responsibility as the captain. He also picked up 8 wickets in the tournament and he saved his best bowling performance for the final. He is just the 2nd captain in IPL’s history to win the player of the tournament award in the Final.