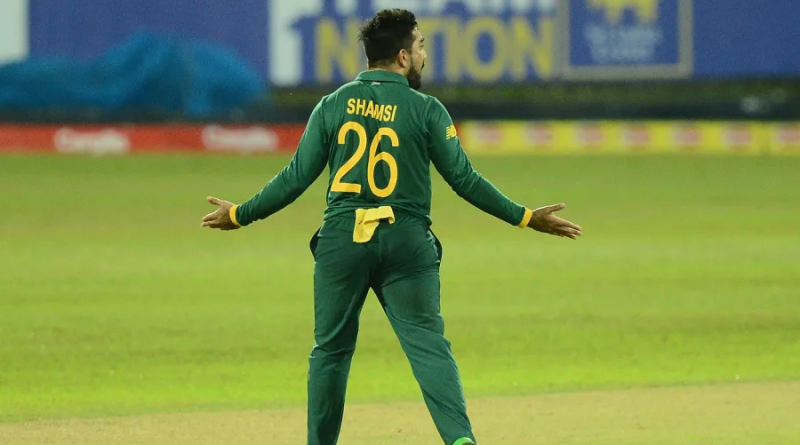 Tabraiz Shamsi, a South African spinner, commented on the absence of bids for him at the IPL 2022 mega auction, saying he has no concerns.

Shamsi, who has played for the Royal Challengers Bangalore and Rajasthan Royals in the Indian Premier League, has spoken about not having enough chances to show himself.

In 2016, he earned his IPL debut, taking over for West Indies’ Samuel Badree. The 32-year-old, on the other hand, only appeared in four matches and took three wickets at an average of 49. The Proteas wrist-spinner only played one game for the Royals in the second half of IPL 2021, taking no wickets.

‘I didn’t get to play much when Imran Tahir was on the Proteas team’: Tabraiz Shamsi

When asked if he was disappointed that he was not chosen in the auction, the 32-year-old said no. Shamsi believes that things would have been different if he had been given frequent opportunities.

After Imran Tahir left South Africa, the No. 1 T20I bowler emphasized that he got successful. SA Cricketmag quoted him as saying:

“It does not irritate me because that’s something I have no responsibility for. But I’d want to be there. I am confident in my ability, and I believe that if given chances regularly in the IPL, I might help a team win the championship. I didn’t get a chance to play consistently in my prior two IPL outings.”

“To demonstrate your ability as a player, you must be given a quality run. My professional experience demonstrates this. I didn’t get to play much when Imran Tahir was on the Proteas team. But since he left, I’ve been able to prove that I can win games and have risen to the top of the world rankings.”

In March 2021, the veteran cricketer Tabraiz Shamsi claimed the No. 1 slot for bowlers in T20Is, a position he still maintains with 784 points.