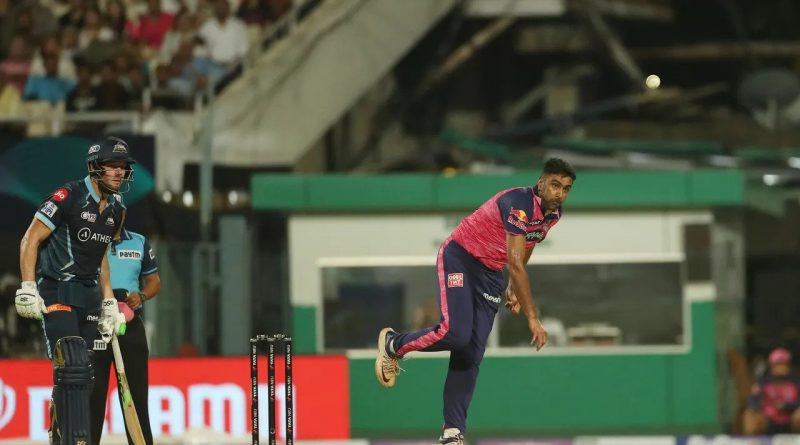 
Rajasthan Royals Director of Cricket and head coach Kumar Sangakkara on Sunday said Ravichandran Ashwin must improve when it comes to bowling off spin deliveries.

Rajasthan Royals lost to Gujarat Titans by seven wickets in the IPL 2022 final in front of a raucous crowd at the Narendra Modi Stadium in Ahmedabad.

Rajasthan could manage a meagre 130 on a surface that produced extra bounce exorbitantly. Royals’ season campaigner Jos Buttler could manage just 39 runs with five boundaries and before he could switch the gears into attacking mode, the Englishman nicked behind the stumps off Hardik Pandya.

After Buttler’s dismissal, Royals added just 51 runs in eight overs to post something for the bowlers to defend.

Prasidh Krishna and Trent Boult gave them hopes with early wickets of Wriddhiman Saha and Matthew Wade in the powerplay.

Titans skipper Hardik and opener Shubman Gill put a calm and clinical 63-run stand for the third wicket to overcome the threat imposed by Royals at the halfway mark.

Ashwin, who was held by Samson to bowl the left-handers later in the innings, came to bowl in the 12th over.

Hardik decided to open his hands against the off-spinner with a four and a six in successive balls as Ashwin conceded 15 runs in his first over.

Yuzvendra Chahal dismissed Hardik on 34 to end the partnership between him and Gill. David Miller just continued from where Hardik had left.

Miller whacked Ashwin for a six over mid-wicket before hammering Prasidh for a couple of boundaries. Ashwin leaked 32 runs in three overs as Gujarat clawed back their way into the chase with 11 balls to spare.

Ravichandran Ashwin needs to improve with his off spin bowling: Kumar Sangakkara

Sangakkara said Ashwin is a legend of the game but asked the bowling all-rounder to improve with his off-spin deliveries.

“Ash (Ashwin), he’s done a great job for us. Even for Ash, being a legend in terms of what he has achieved on the cricketing pitch, there will be a lot of thinking and improvements to do, especially with his off spin and bowling more of it,” Sangakkara said in the post-match presentation.